Voice Actor of Yamamoto Genryūsai Shigekuni From "Bleach" Passes Away 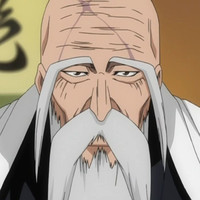 Keiichi Takahashi, a voice actor who played a small role in Bleach has relayed the sad news that Masaaki Tsukada, voice of Yamamoto Genryūsai Shigekuni in the series, passed away at age 74.

Lead Masakazu Morita also tweeted his respects, recalling Tsukada's dignity in the role and fondly remembering how Tsukada would call him "Ichigo" instead of "Morita."