Wii U platformer hits North America and Europe on February 21 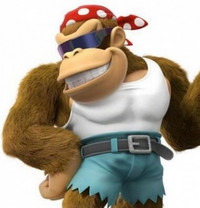 Donkey Kong Country: Tropical Freeze is making its way to Wii U in the west later this month, but its first stop is Japan on February 13. To get everyone ready Nintendo recently put up a Japanese overview trailer, and the platformer is looking more fun than ever in the video below.

Tropical Freeze follows up its Japanese debut with a release in North America and Europe on February 21.