VIDEO: New "Initial D" Feature Films will be a Trilogy

"Everything begins, everything ends" 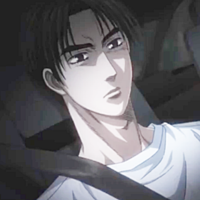 Avex Entertainment today posted a new 30-second teaser for the forthcoming anime film Shin Gekijo-ban Initial D: Legend 1-Kakusei (Awakening)-. It reveals the film will be the first part of the trilogy project. The teaser says, "Everything begins, everything ends. The gene for the races awakes." The film produced by Sanzigen and Raiden Film is scheduled to be released in Japan on August 23. The on-air schedule for the last TV series Initial D: Final Stage has not been announced yet.