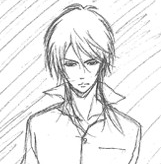 How many people are excited about PSYCHO-PASS prototype figures being revealed the at the Winter Wonder Festival 2014 this weekend in Japan? We have previously reported on the concept illustrations of the planned figures by Union Creative, this time we'll be covering the translation and summary of a recent interview by PSYCHO-PASS character designer Kyoji Asano at WIT Studio, which was posted along with his illustrations on the figure maker's blog. 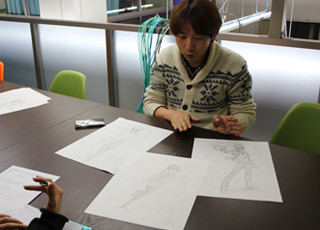 Those illustrations are exclusively drawn by the artist. When asked how he came up with the characters, Asano explained his main role was to turn Akira Amano's original character designs for adapting to animation, for example, cleaning up layered lines in the illustration to become one clean line. 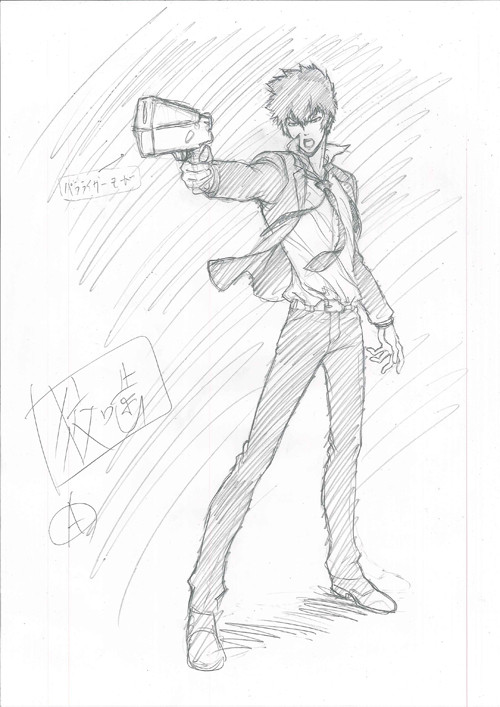 The second question was if the action pose and composition like you see above comes to his mind freely. Asano answered "Not at all (LOL)". He usually starts with collecting reference images from photos and movies that he thinks are cool and could suit the character. For the example of the Shinya Kogami concept illustration, the figure will be holding the gun and that part was already decided, so he went on to think how Kogami would hold the Dominator. 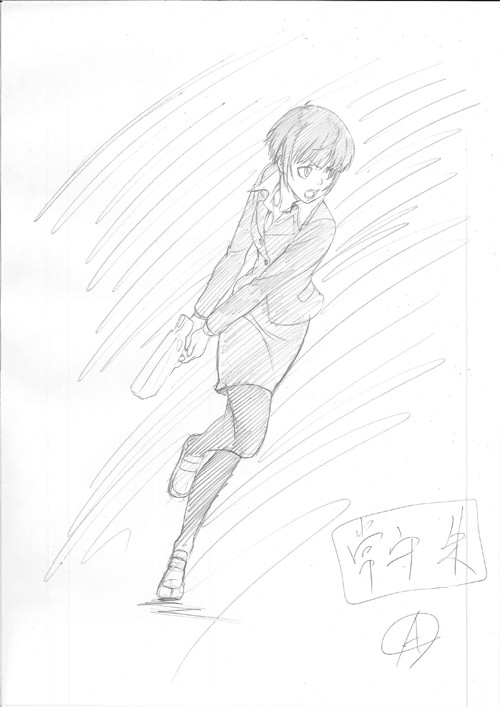 When it comes to Akane Tsunemori, Asano imagined the gun should be heavy in her hands. For example, while Kogami would hold and aim the gun with one hand, Akane would probably hold it with both hands and hold it low while running.

Then, Asano was asked if there was any character that he likes or feels close to. He paused and admitted that he may be most similar to Shogo Makishima. Asano does not usually sympathize with the characters he works with, but in PSYCHO-PASS, it's likely Kogami and Akane since they are the main characters. He feels Kogami is the easiest to draw because anything would look like Kogami if he were angry. He also said it's easy now because he drew Kogami a lot. 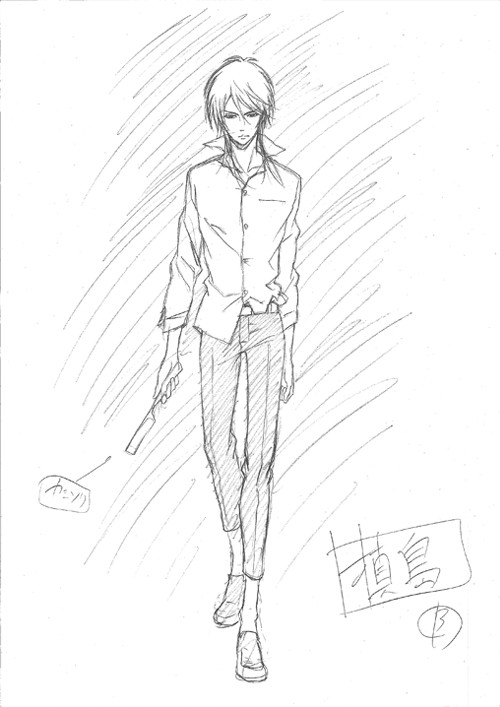 On the other hand, Asano and Union Creative both agreed that expression on Makishima's face were the hardest to articulate because the character has many different expressions. Asano says Makishima is scary, but at the same time, the character laughs and shows off his madness, making it very hard to put his thumb on the expression.

Even when the character is handsome, there are times that the character has a strong facial expression showing various emotions, Asano says. He then put that on Makishima, adjusting and modifying it to match the character and repeated it again until it made sense.