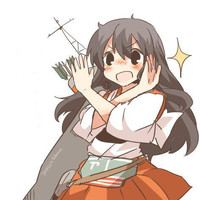 People who actually play the KanColle personified World War II warship browser game, rather than just appreciate the associated multi-media phenomenon, will notice that, if they log in this weekend, they'll receive a Valentine's digital chocolate gift, worth a bunch of the in-game resource. And, they'll notice a new feature that allows the player to "marry" the game's characters (often referred to as "ship daughters.")

The KanColle wiki describes the mechanics...

Marriage System at unit level 99. Marriage will increase level to 100 and level cap to 150. Endurance, luck, and fuel & ammunition efficiency are improved for level 100 ships. Supply costs for the ship decreases by 15%. Complete the related quests (The ones with 式の準備 in the quest title) to receive one "Papers and Ring" item for free. Additional rings will cost 700 yen each in the item shop. 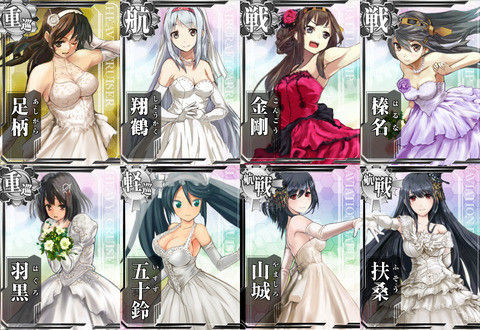 bit of a fan art epilogue

Tags
kancolle
« Previous Post
"Battle Princess of Arcadias" Action-RPG Announced for the West
Next Post »
"Super Smash Bros." Throws Little Mac from "Punch Out!!" into the Mix
Other Top News
36 Comments
Sort by: