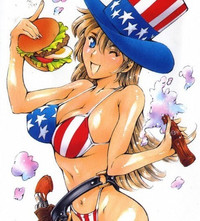 Anime would generally suggest that it's hard to find something more associated with American culture than the hamburger. So, it sounds like something of a dare to give hamburger some sort of extra American novelty, but McDonald's Japan is up for just that challenge. This winter, they've been offering special "American Vintage" menus. 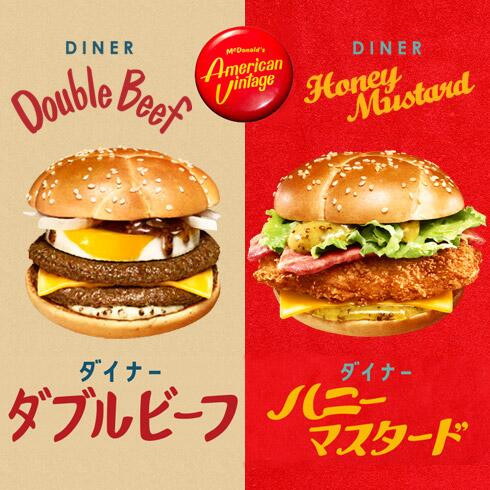 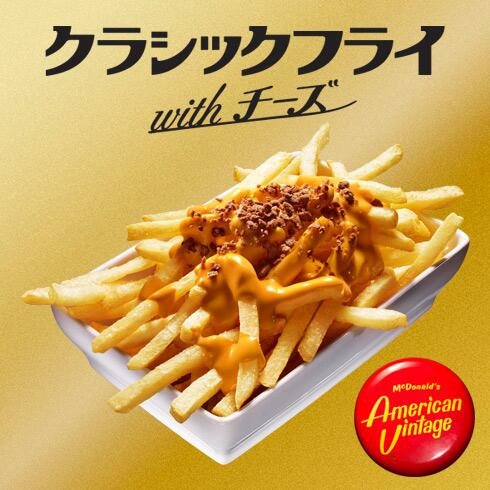 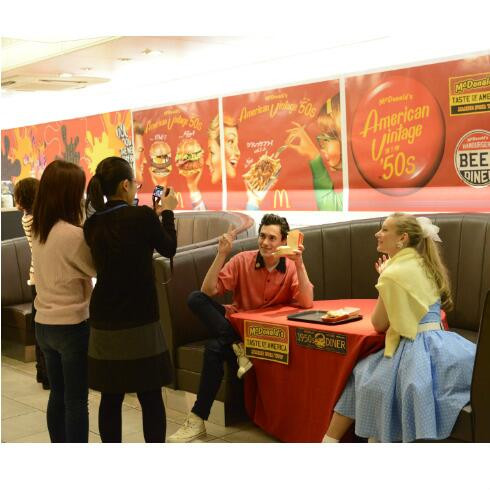 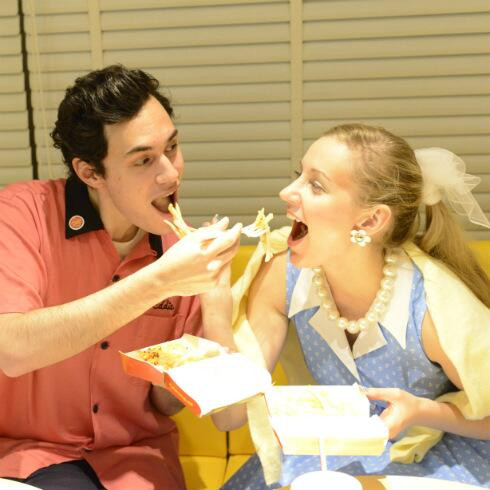 (the spokescharacters are named Sandy and Danny)

Then, in late January, it was the "soul" themed 70's with Hot & Groovy Beef and Hot & Groovy Chicken - tomato salsa, onions, cheese, lettuce and sauce. 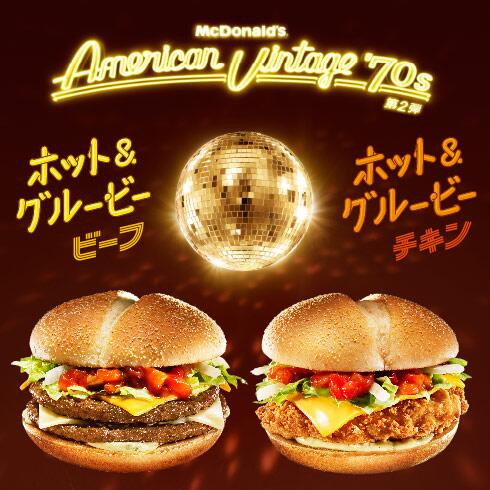 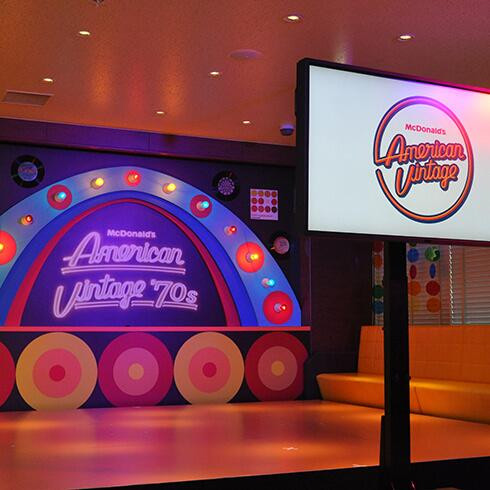 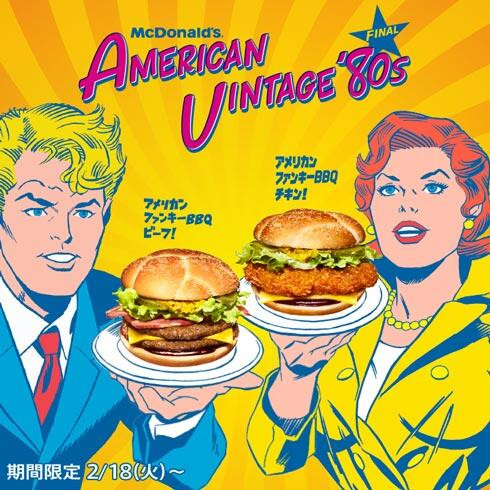 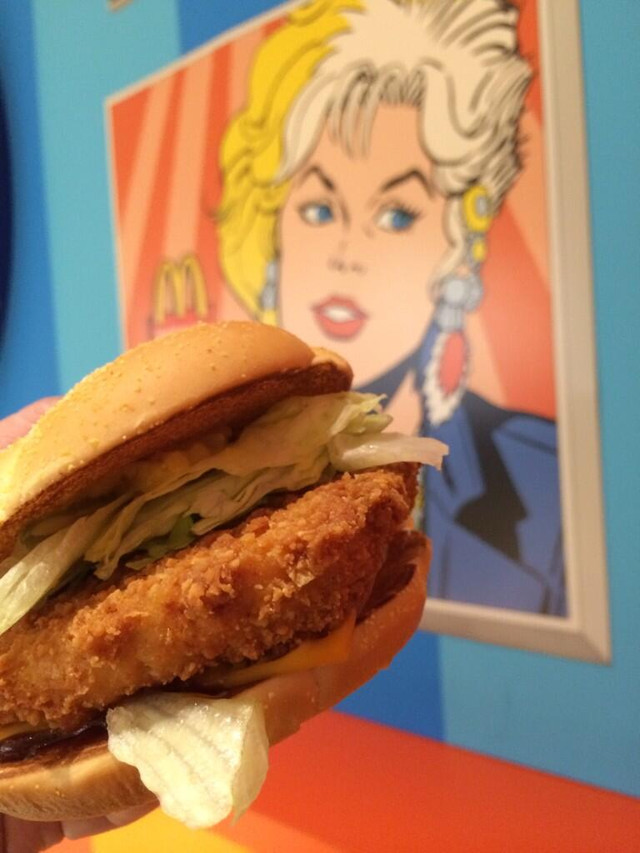 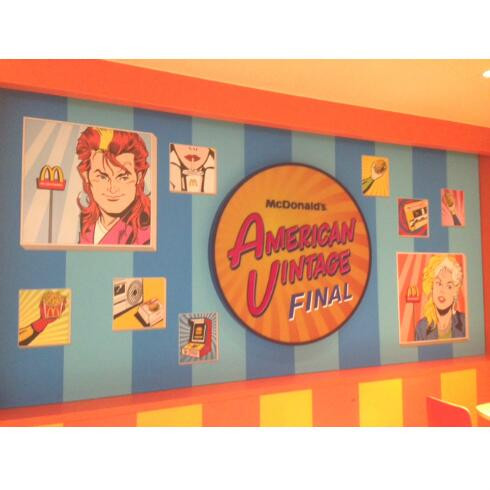 To celebrate the finale, they're giving away gift cards in a drawing of people who retweet their promo 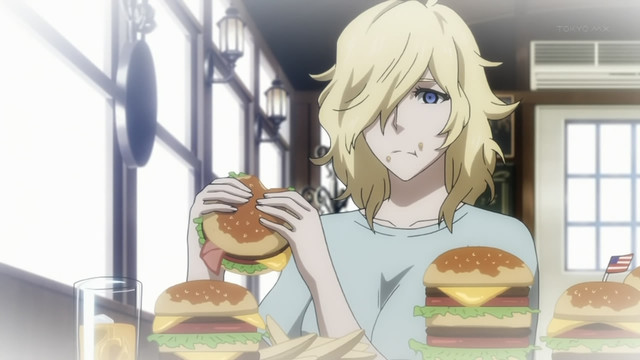