"J-Stars Victory Vs." Adds Ace from "One Piece," Hiei from "YuYu Hakusho," and More 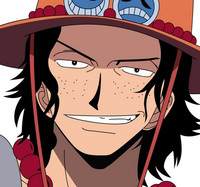 We recently posted a fresh round of character videos for J-Stars Victory Vs., but the 45th anniversary Shonen Jump fighter still isn't done adding to its roster, as more characters have been revealed from some heavy-hitting shonen series.

One Piece tosses in another from its massive rogues gallery in the form of someone very close to Luffy, Portgas D. Ace. There's also YuYu Hakusho's Hiei, Hunter x Hunter's Killua, and Sakigake!! Otokojuku's Momotaro Tsurugi and Heihachi Edajima. It sounds as if all will be playable aside from support character Edajima, but there aren't too many details at the moment.

With a roster that's full to bursting, J-Stars Victory Vs. heads to PlayStation 3 and PS Vita in Japan on March 19.