Shoujo satire of the manga industry coming this fall 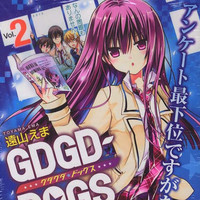 Kodanaha has announced that it will be publishing Ema Toyama's (I Am Here! and Missions of Love!) Manga Dogs (aka GDGD Dogs) in North America. The 2010 reverse harem satire of the manga buisness ran for three volumes in shoujo magazine Aria.

The series will be released starting this fall.

Kanna Tezuka is a serious 15-year-old manga artist, already being published as a pro. So when she finds out her high school is starting a manga drawing course, even she gets excited. But it’s a fiasco! The teacher is useless, and the only other students — three pretty-boy artist wannabes — quickly adopt Kanna as their (unwilling) sensei. But they all have ridiculous delusions about being an artist, and if Kanna can’t bring them back down to Earth, she’ll never get any work done! 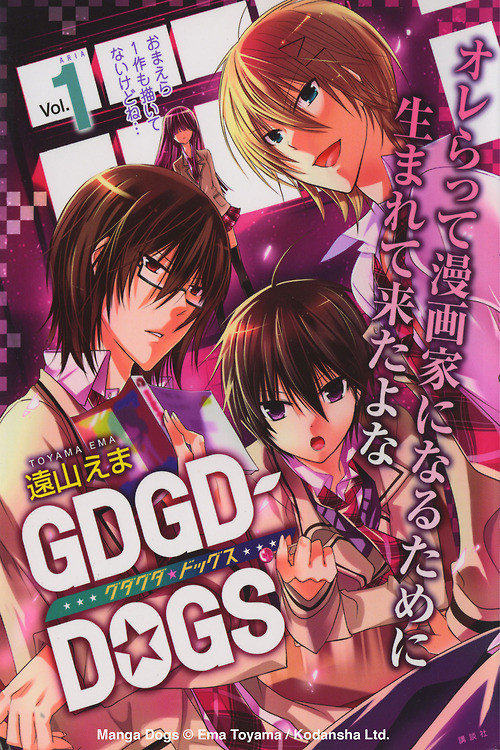