The details will be revealed on March 3 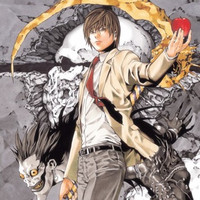 Shueisha has opened a mysterious countdown site for the 10th anniversary of the Death Note manga by Tsugumi Ohba (story) and Takeshi Obata (art). It says, "If you touch this note, your memory will revive." Counting the clock, the details about the 10th anniversary project will be revealed at 12:00 on March 3 (JST), 19:00 on March 2 (PST). What's your expectation for this project? New manga/anime series? Social game? Or it's just an announcement for the 2015 musical?

Death Note was serialized in Shueisha's Weekly Shonen Jump from December 2003 to May 2006, releasing a total of 12 tankobon volumes. The total worldwide sales is reportedly more than 30 million copies. The series also had a 37-episode TV anime series and three live-action films. It is considered as one of the most successful manga series in the 2000's. 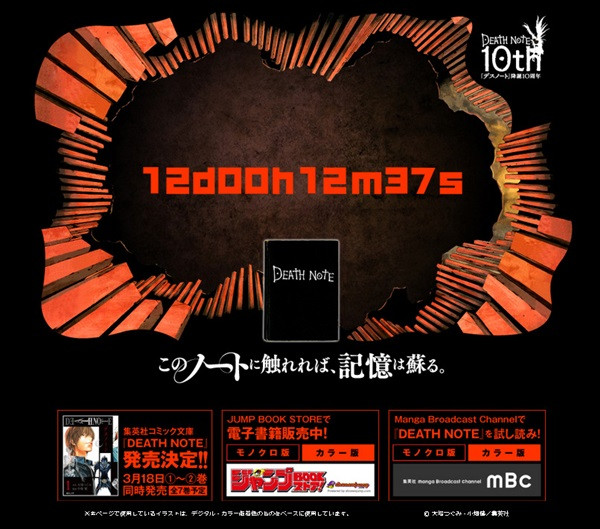