VIDEO: "J-Stars Victory Vs." Fights with Nosehairs in Latest Trailer 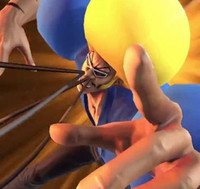 Namco Bandai has a lengthy new trailer for J-Stars Victory Vs., throwing a bunch of the new players into the mix. Watch as the 45th anniversary Shonen Jump fighter gets a little wilder with recently announced additions like Bobobo-bo Bo-bobo, One Piece's Ace, and more, as well as features such as J-Adventure Mode and online multiplayer, in the 7-minute video below.

J-Stars Victory Vs. hits PlayStation 3 and PS Vita in Japan on March 19.