Promo for comedy about differences between rural and urban life runs during "D-Frag!" 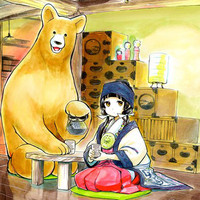 Masume Yoshimoto's Kumamiko - Girl Meets Bear 2013 manga, running in Comic Flapper, follows the like of a young miko shrine maiden from deep in the mountains of Touhoku prefecture who'd rather trade her rural life for something more modern, and the bear who befriends her. In a new TV ad that ran yesterday during the D-Frag! anime, Kana Hanazawa and Seiichirō Yamashita (Walkure Romanze's Takahiro Mizuno) voice the pair.

Volume 1 was collected in October.

The commercial gag spoofs and early bit of the manga in which the bear quizzes the wishful miko about city life. 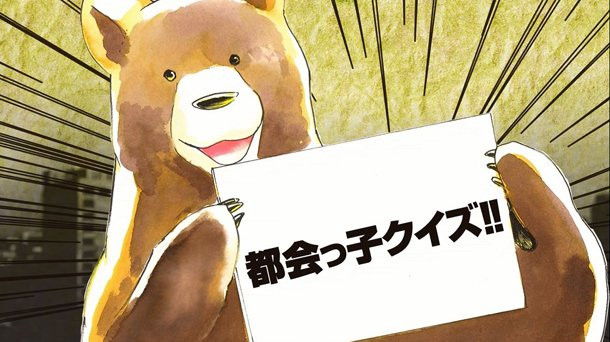 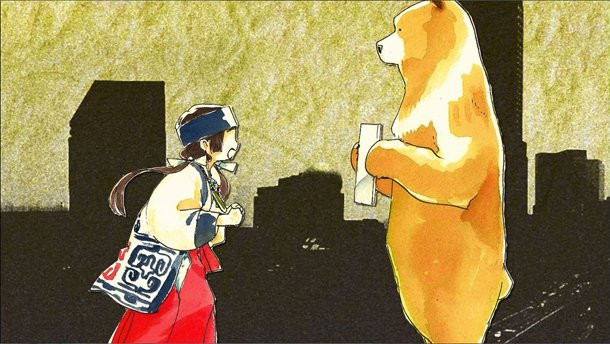 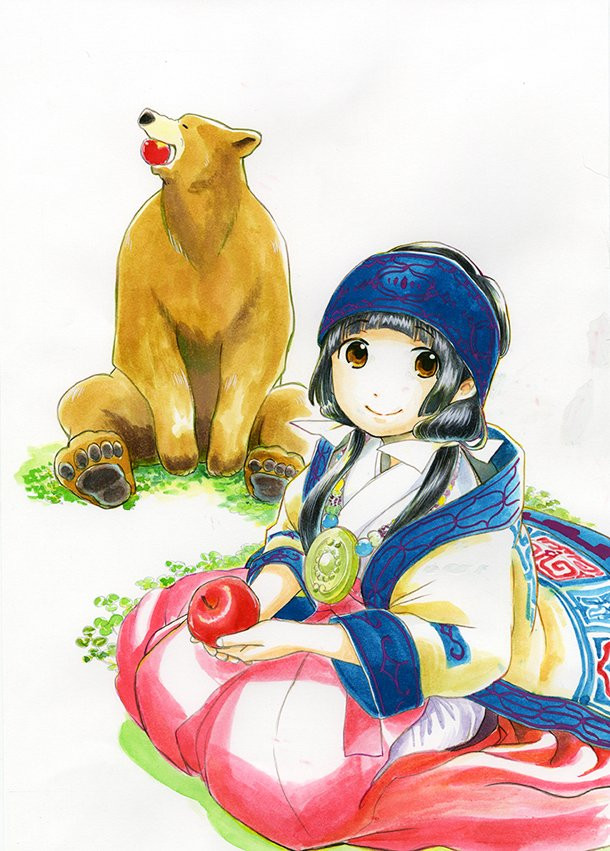 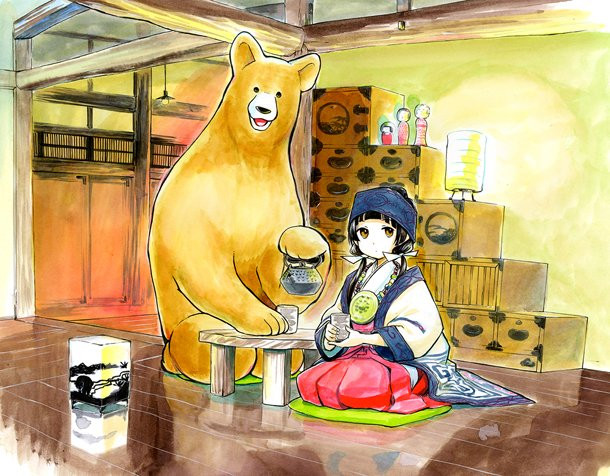 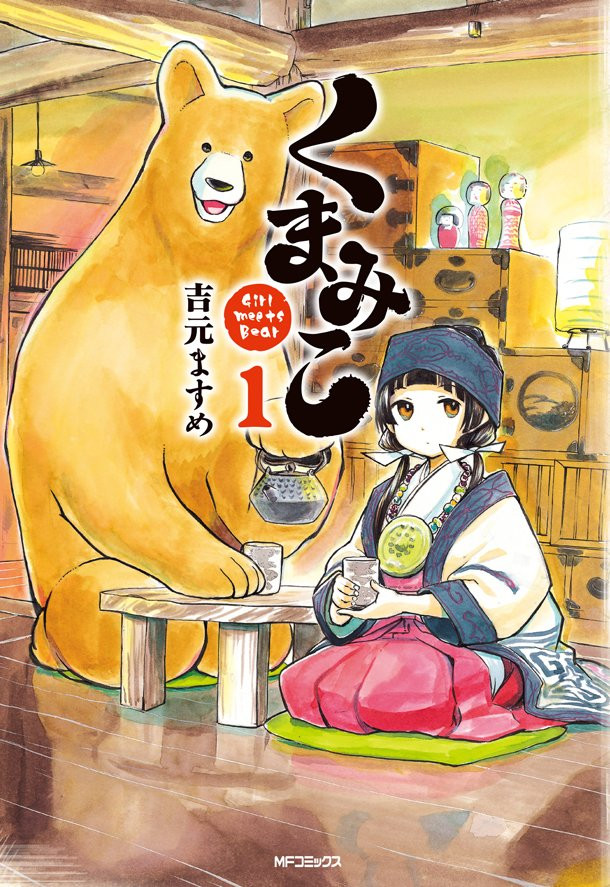 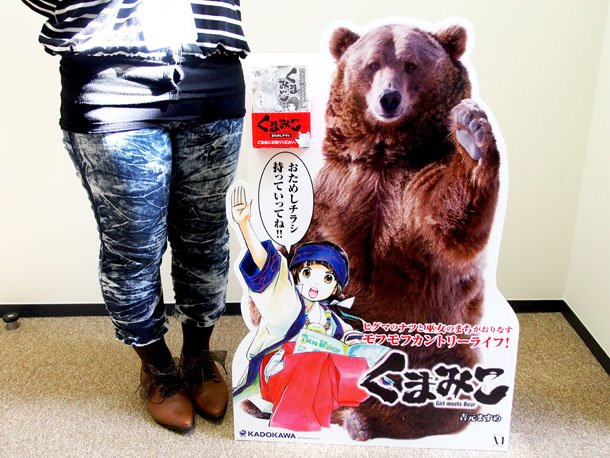 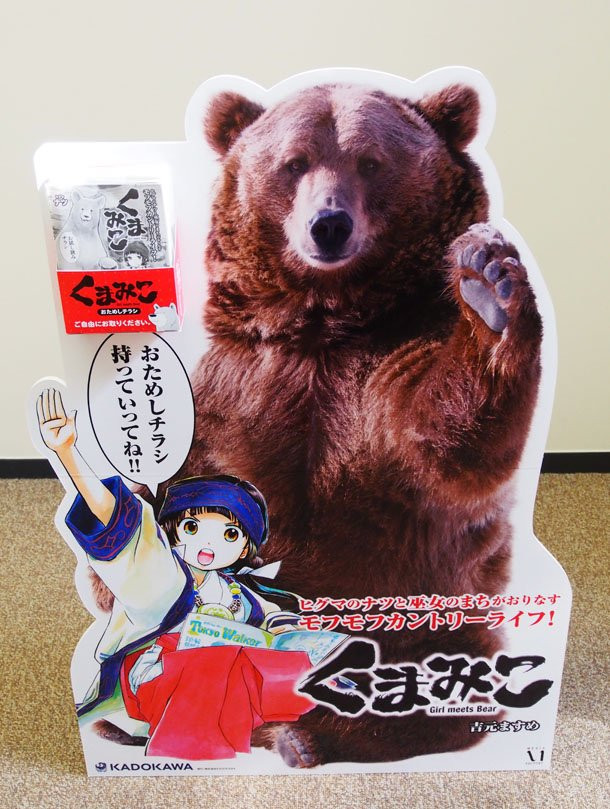 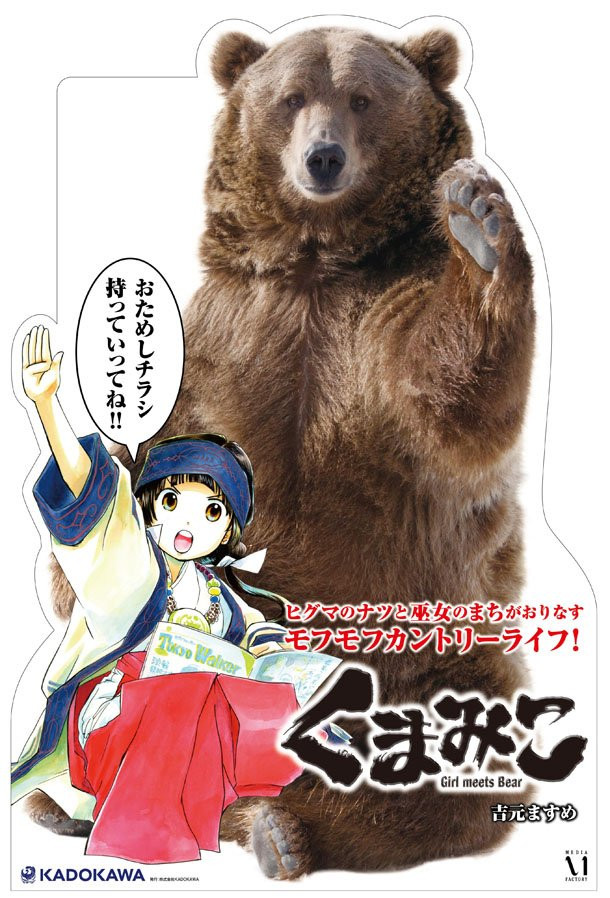