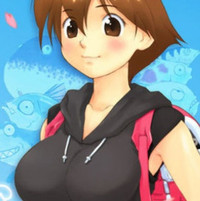 The Umihara Kawase series started in Japan in 1994, but hasn't gotten a chance with English-speaking audiences up to this point. The latest entry made its 3DS debut in Japan last June.

Here's the English trailer that was posted in January: