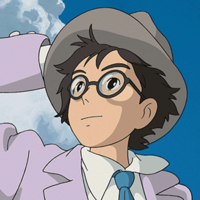 The Nippon Academy-Sho Association has announced the winners of its 37th Japan Academy Prize, often referred to as the Japanese Academy Awards. Hayao Miyazaki's The Wind Rises won the Prize for Animation of the Year, the 2nd prize for Miyazaki and fourth for Studio Ghibli.

The Animation of the Year prize was introduced in 2007. Prior to that, Miyazaki's Princess Mononoke and Spirited Away were nominated for Picture of the Year. Kiki's Delivery Service and Ghibli co-founder Isao Takahata's Pom Poko received no nomination, but were honored with Special Awards.

The leading male performer award went to Ryuhei Matsuda, who anime/manga fans may know for adaptations of Taiyo Matsumoto's Blue Spring and Go Nagai's Cutie Honey. The award for female lead went to Yōko Maki, who appeared in American Ju-on remake The Grudge.

Picture of the Year:

The Great Passage - winner
The Devil's Path
A Boy Called H
Like Father, Like Son
Tōkyō Kazoku
Ask This of Rikyu

Animation of the Year:

Outstanding Performance by an Actor in a leading role:

Outstanding Performance by an Actress in a leading role:

Classic Studio Ghibil Film Soundtracks Are Getting Remastered on Vinyl