Promotional campaign starts on the same day as Free! promotion 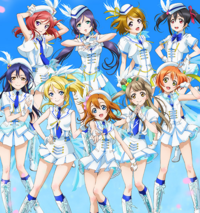 On top of the Free! collaboration campaign, Japanese convenience store chain Lawson has annouced another promotion campaign with popular idol anime and game, Love Live! The first promotion will start on March 18th with a lottery to win original Love Live! T-shirts and goods when purchasing campaign products from Kirin Beverage and the participants will choose the promotion image girl for the campaign. 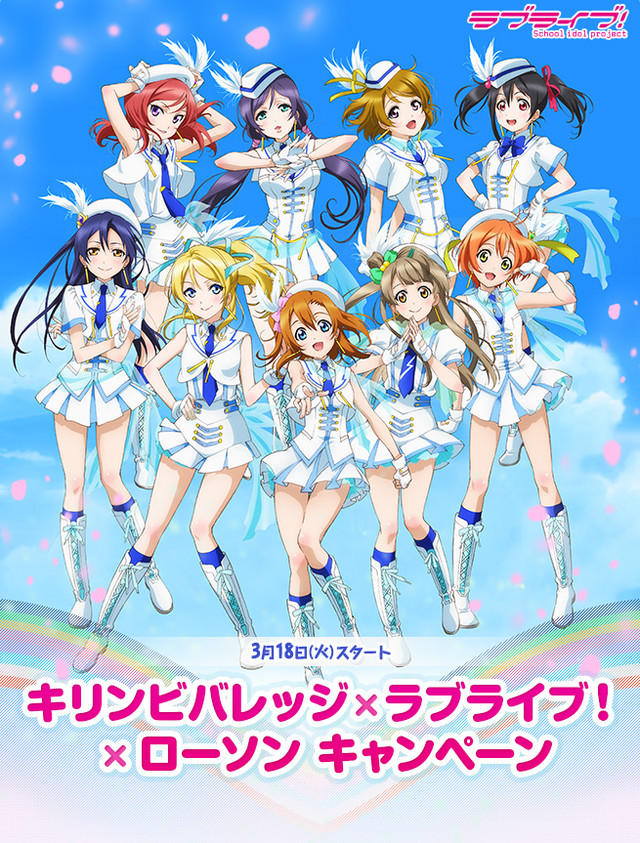 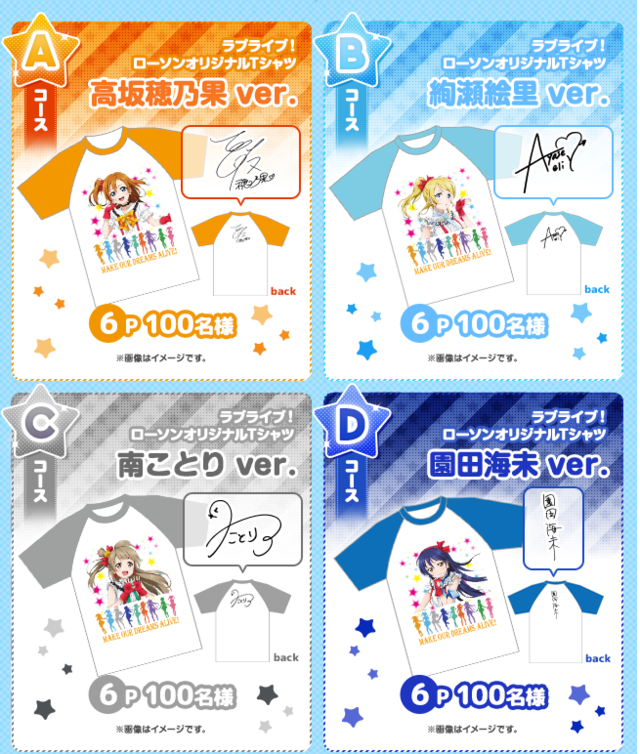 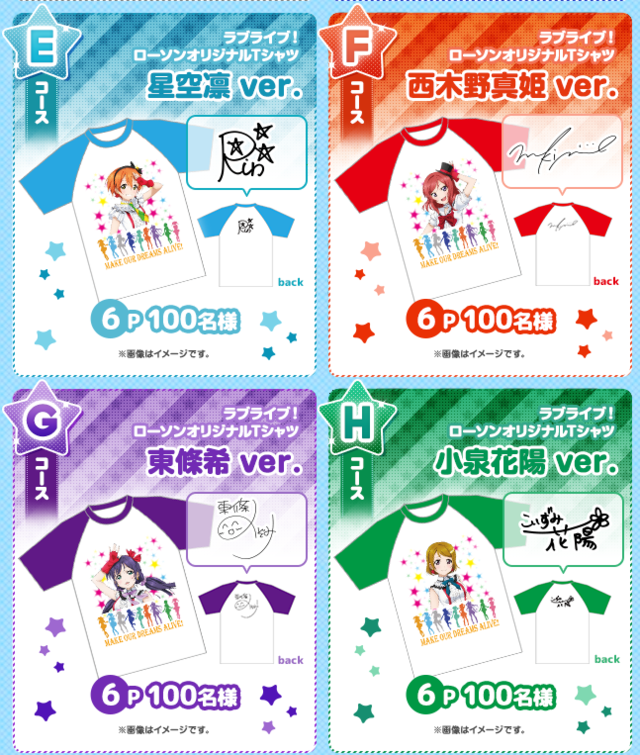 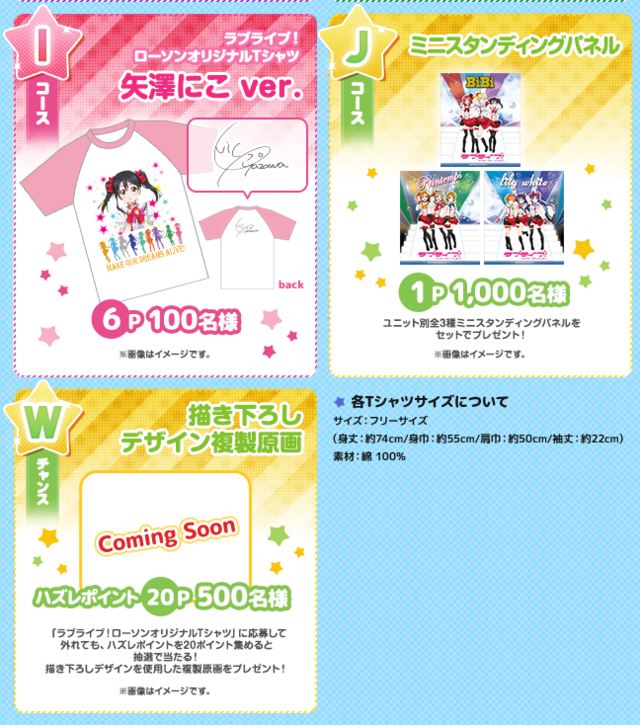 Even if you do not win the T-shirts, there is a chance prize for the original key animation copy. Participating in this lottery will lead to a web link to vote on a character to be the image girl for the promotion. The winning character will appear on a Lawson exclusive image later and the prize will be shipped within Japan only.

Close up of mini-standing panel for J course. 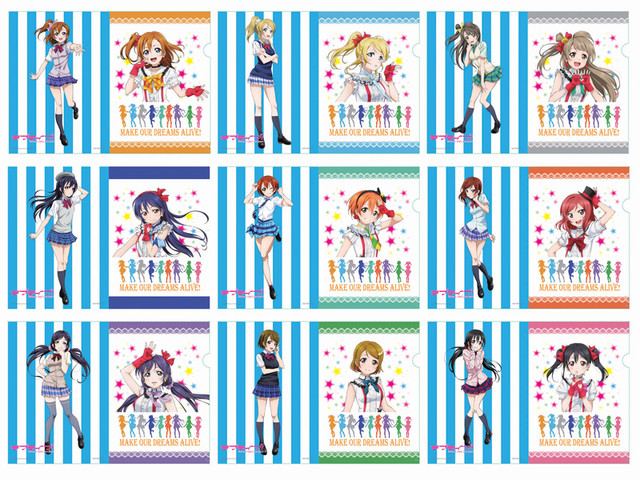 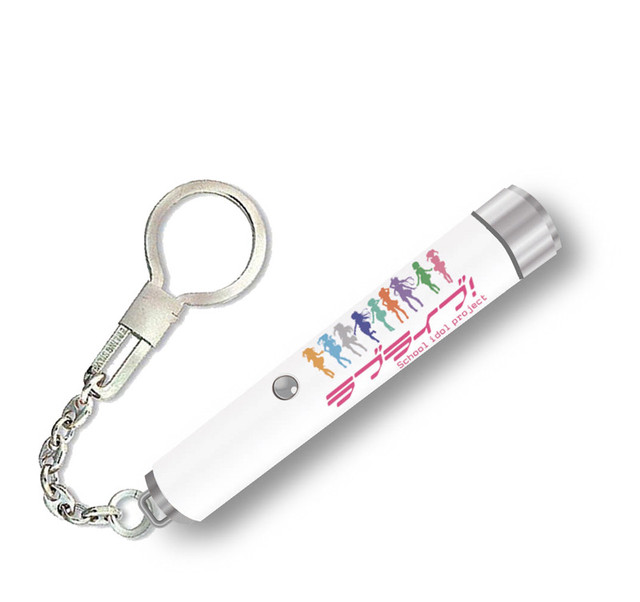 Lawson original clear files and mini-flash light are the prizes for the second campaign with snack purchase starting on April 29th. There are also plans for Love Live characters to do store announcements as well.