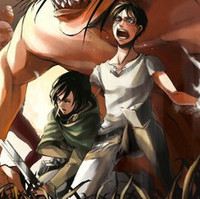 Attack on Titan volume 13 is set to be released in Japan on April 9th with a first edition run of 2.75 million, and a cover that even author Hajime Isayama finds pretty impressive. @ShingekiKyojin has offered a preview, so get a look at the slow-walk awesomesness! 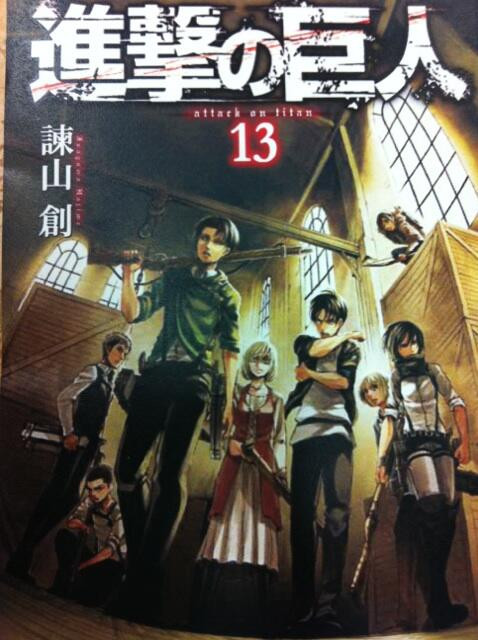 The limited edition of this volume will be packaged with a "104th Gunren Heidan-hen" OVA DVD. 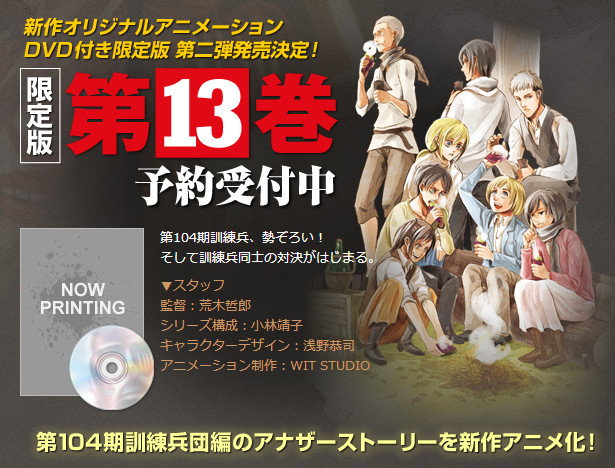