According to Inafune, things have not improved in a big way 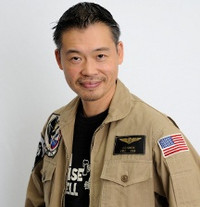 The always-busy Keiji Inafune—known for his pioneering work on Mega Man and current projects like Mighty No. 9 and many more—shook things up a bit when he boldly declared "Japan is over" in regards to game development. That was back at the 2012 Game Developers Conference, and he said things were worse during last year's PAX Prime. So how about now?

Inafune gave a talk at this year's GDC, appropriately titled "Meanwhile, In Japan…" He opened things up by addressing his "Japan is over" statement, and was asked if things have improved over the past couple of years.

"To be completely honest, not in a big way," he said. "The energy level has still not come up yet. Overall, we still need to make a huge amount of effort to get back to where we used to be."

Despite the somewhat gloomy outlook, Inafune also thinks Japan can lead in other ways, and hopes they'll figure out how to set a new path for the future soon.

As for Inafune himself, he's been drawing energy from the indie side of things lately, and he feels "the full passion and shine in the eyes of the Japanese indie developers."

It sounds as if he's found a new source of fun in making games this way, as evidenced in his enthusiasm for projects like his Kickstarter-funded Mighty No. 9. Perhaps he already found the answer he was looking for.