"The Legend of Heroes: Trails of Blue" RPG Port Gets a Date on PS Vita

Port of PSP original launches in Japan on June 12 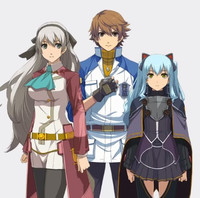 Trails of Blue Evolution adds full voice acting for the main story, rearranged music, a new animated intro, enhanced graphics, and minigames that make use of the Vita.

A commercial from earlier this year:

The Legend of Heroes: Kuro no Kiseki Shows Off Its Opening Movie