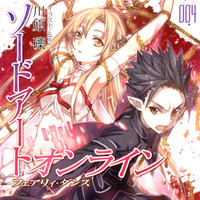 Reki Kawahara's Sword Art Online light novels feature interesting explorations of of point of views, of relationships between people as well as between virtual and fictional and real worlds.  Hirose Masahiro seems to think so, with the books now on their Japanese literature syllabus at the Aichi University of Education.

As outlined, the handling of different layers of worlds and perspectives  featured in first two books of SAO will be discussed and compared to similar themes in the works of other writing.