Check to see if your guess was correct! 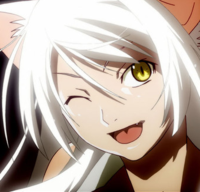 I previously reported on the Monogatari series April Fool's Day joke and in the joke, Deishu Kaiki posed to the fans to spot one truth out of 41 lies posted on the special site. There were so many lies that fans wished would come true, but the truth was finally revealed at the Animate Akihabara location in Japan. A Japanese news site, Kai-you has posted the answer to the question and it was both somewhat unexpected and very expected at the same time. Guess which one it was? 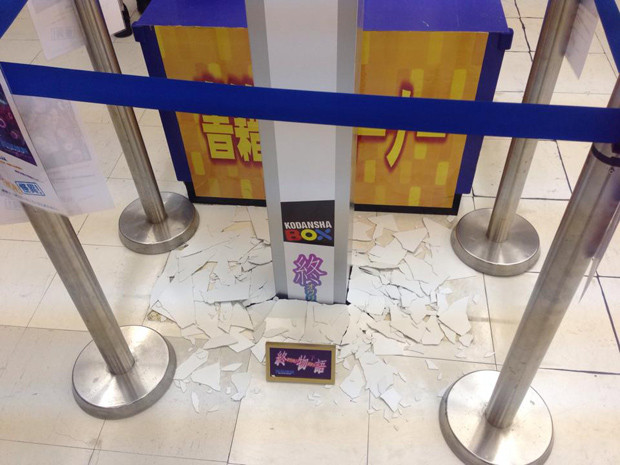 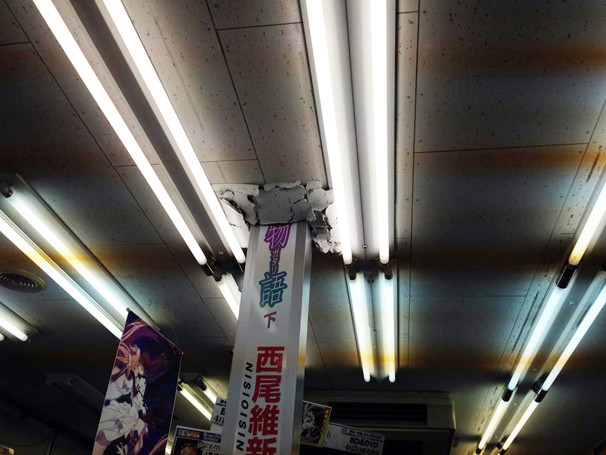 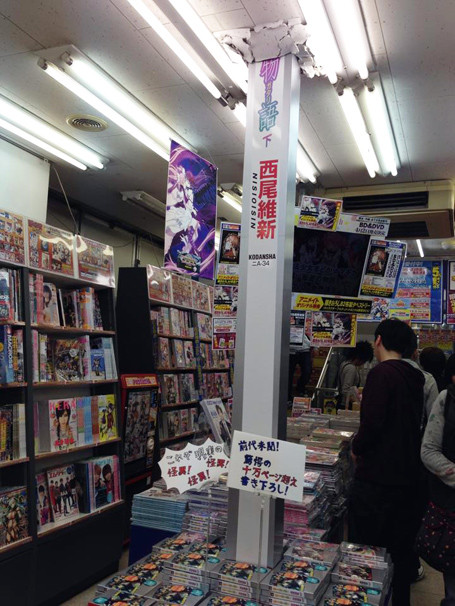 The only truth out of 41 lies was the first one posted, "Owarimonogatari Ge, the next volume in the series of novels will have more than 100,000 pages". The displayed volume was so tall that it broke through the ceiling of the novel floor and came out of the upper floor at Animate Akihabara as you see in the photos. 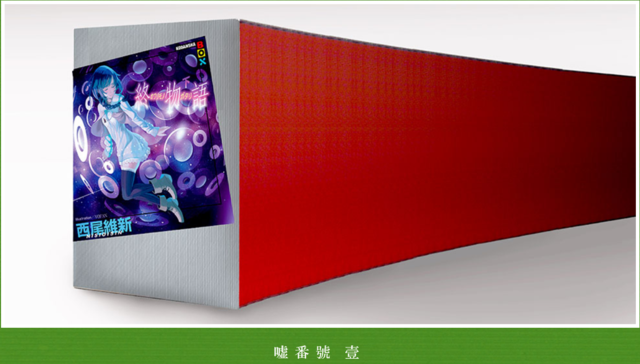 To the relief of fans (or possibly a huge dissapointment to some), the actual volume of the closing chapter of Owarimonogatari will stay within the number of pages that common sense says readers can handle and will be available in Japan on April 3rd.

The answer to the joke was unexpected because it was hard to believe it was true, but at the same time, it's Nishio Ishin, and that could happen (sort of). No more details of the novel on display at Animate are available, but it could mean that actually is the original novel that he wrote which was more than 100,000 pages long, but was edited down heavily for publishing.

The final volume of Monogatari series, Zoku Owarimonogatari is planned to be out in the Summer of this year to close the longest novel of Nishio's career. I sort of wish that was also one of the many April Fool's Day jokes.