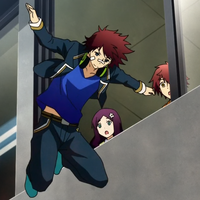 The multimedia Hamatora expands this summer with the July 17th Nintendo 3DS release of Hamatora: Look at Smoking World. A new scan making the rounds on Japanese anime blogs is suggesting that the timing of the follow-up to the winter anime series, promised by its finale, will coincide with the game's debut. 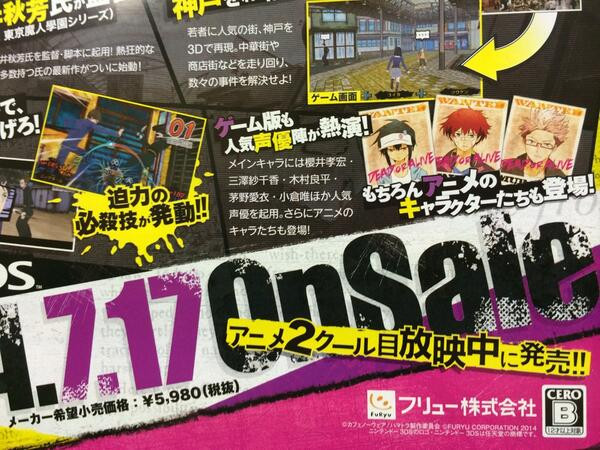 The game will feature a different cast lead by a newly super powered transfer student and based in coastal Kobe rather than the anime's Yokohama. FuRyu (Exstetra, To Love-Ru Darkness: Battle Ecstasy) is handling development of the game, with Tokyo Majin Gakuen creator Shuuhou Imai helming the project.