.moe top-level domain has officially been introduced to the root zone of the Internet 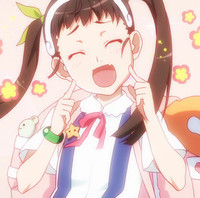 Last June, Interlink filed with the Internet Corporation for Assigned Names and Numbers (ICANN), asking the organization that coordinates the Internet's global domain name system to accommodate niche subculture with a .moe top-level domain. Interlink has now announced that, amusing as of April Fools' day, it's been approved and soon you'll be able to locate your website or email under .moe with the approved root zone of the Internet.

Over the past few weeks they've put together a simple website to introduce future registrants, registrar partners, and Internet users to the TLD.

Interlink Co., Ltd. is the Registry Operator for the .moe top-level domain. As a registry we’ll be able to provide Internet users with an alternative to .com or .jp domain extensions. The .moe TLD may be more relevant domain name for your topic and is specifically intended to help you connect with your audience.

So, who can register a domain name in .moe? Everyone can!! Interested users will need to go though ICANN Accredited Registrars or authorized domain resellers who have been contracted by Interlink to offer .moe domain names. Look for a list of .moe partners to come shortly.

Interlink is applying for the “.moe” top-level domain (TLD) to create a new online identity for a niche community. The word “moe” (in Japanese: “萌え”; pronounced as “moh-ay”) is a slang word in Japanese that has a deeper meaning than any English definition of the word suggests.

The word “moe” began as a buzzword for a subculture of “otaku” (most closely related English term: “geek”) in Japan in the 90’s. Originally derived from the verb “moeru” which means to bud, or to sprout, “moe” is often used to describe a feeling of excitement towards some object or character, mainly in animation, manga (Japanese comic books), and video games. It has often been used to mean a particular type of “adorable” or “cute” towards fictional characters and was originally used in relattion to a type of  fascination with fantasy.

The otaku culture in Japan is very relevant in today’s Japanese society, socially and economically. A look through Japan’s local and widely popular social networking website’s communities section (Mixi Communities) identifies over 10 million members of communities that can be recognized as part of the otaku culture.    The otaku culture coupled with the boom of mobile Internet use in Japan has truly given life to the word “moe”, which in 2005, was named as a one of the top Japanese word of the year.

Today, the word takes on a more expansive meaning somewhat deviating from just the adoration of the fantastical. One can feel or experience “moe” or “burning passion” for all kinds of things, not just animation, or fantasy characters.  For example, one can express a feeling of “moe” when looking at a cute puppy or kitten.  In fact, there are even individuals who express their fascination for architecture using the term “moe”.  “Moe” is a very versatile word that can be used as a noun, a verb, and even an adjective.

Interlink intends to introduce the “.moe” top-level domain to self-identified otaku’s everywhere. The mission and purpose of “.moe” can be broken down into two key areas; creating a new online identity for users who identify with the otaku culture, and the operation of a safe, stable, and secure TLD for Internet users everywhere.  Each key component of Interlink’s mission is further described below.

The New gTLD program is a tremendous opportunity to usher in a new era of innovation on the Internet.  Interlink has been involved in providing Internet related services since its inception in 1995 when its entry into the market as an Internet Service Provider was met with over 2,500 other companies looking to take advantage of the Internet boom.  Interlink has a strong foundation in providing personal, customized, and customer-focused services which has enabled it to manage a consistent client base and to outlast nearly 90 percent of its competitors.

Interlink prides itself of on the creation of fun, and sometimes quirky content for its customers, that has given Interlink a great amount of differentiation among its competitors.  For example, Interlink has built a strong community around its widely popular Otaku Senryu (Geek Poem) contest since which began back in 2005 in which users submit a poem (similar to a haiku) on various topics, mainly related to anything “otaku.” This year’s poem contest drew over 20,000 participants, and was covered nationally with television spots and articles on MSN Japan and Yahoo! Japan, among others.  Interlink has been dedicated to serving individuals who consider themselves otaku’s for over seven years and today Otaku Senryu has over 100,000 subscribers.

Individuals who identify themselves as otaku are very enthusiastic, and demanding consumers; Interlink’s mission in managing  “.moe” is to create an online community to serve as a platform for Internet users who view themselves as part of what “moe” and “otaku” culture embodies. The introduction of the “.moe” top-level domain will bring about new and exciting choices for consumers when selecting a domain name to build their online identities with.  Interlink believes that the “.moe” TLD presents a more appropriate, more desirable choice of domain names than currently offered under non-specific TLDs today such as .JP, or .COM.

Interlink believes that individual consumers will make up the majority of registrations in the “.moe” top-level domain, and that the TLD will be popular among companies that produce related content.  Interlink anticipates that “.moe” will be very attractive to the moe culture due to its personal and unique connotation. Individuals who see themselves as part of the moe culture will finally have access to a domain space that they can use to interact with other likeminded groups, or businesses. Businesses that produce a genre of content that fits the “.moe” culture will also be likely registrants of “.moe” domain names in order to communicate their activities to customers.

In order to engage all Internet users and domain registrants, Interlink proposes to operate the “.moe” top-level domain as an unrestricted (generic) and unsponsored TLD and believes that the introduction of “.moe” will create new markets and avenues for online participation from the otaku’s and consumers around the world who identify with the moe culture.