Latest live-action crack at the Turtles premieres this August 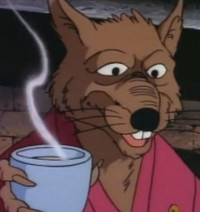 We've had plenty of time to scrutinize the look of the Heroes in a Halfshell in the upcoming Michael Bay produced Teenage Mutant Ninja Turtles flick. What about Master Splinter, though? Will he make yet another funny in this one? Time will tell, but for now you can catch a quick glimpse of him in the "Brothers" TV spot below.

Directed by Jonathan Liebesman (The Texas Chainsaw Massacre: The Beginning, Wrath of the Titans), the latest live-action take on TMNT premieres in theaters this August.