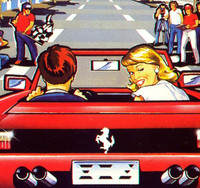 Last month we posted about 3D OutRun being the next of Sega's games to make its way to the Nintendo 3DS eShop as a Sega 3D Classic. At the time the Sega Archives site just had the logo listed, but it's since been updated with a Japanese release date of April 23. 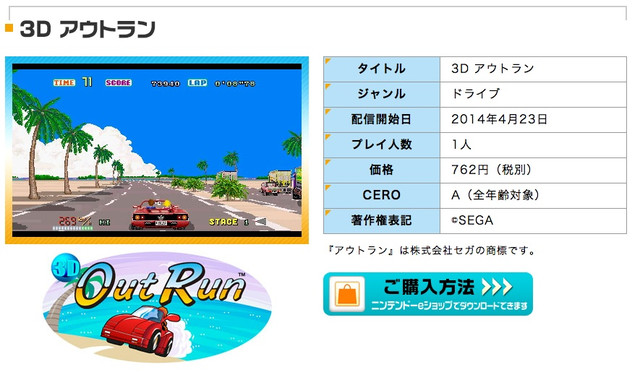 Even better are the enhancements developer M2 made to the original. 3D OutRun has the option to save at any point; choice of circle pad, d-pad, or touch controls; the option to play the Japanese or Overseas version, each with different course placements; screen size settings, including a moving arcade cabinet style; and a bunch of audio options.

That's not it, though. Among the audio enhancements are two brand new songs composed by Manabu Namiki and Jane-Evelyn Nisperos. Once again, it looks like M2 is knocking it out of the park with the special treatment on this one. Hopefully we'll hear about western release plans soon.