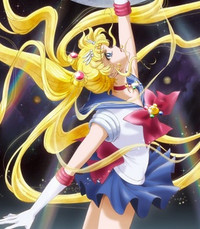 An announcement is set to be made regarding the Sailor Moon Crystal anime cast at an upcoming Nico Nico Choukaigi event. Does this mean we can look forward to an all-new set of voices for the beloved characters? We'll have to wait and see.

The event—which takes place on April 27 at the Makuhari Messe convention center—will also host an introduction to the main cast of the new stage production, set to premiere in Japan this summer. Those who attend the event will get a postcard featuring the key visual of Sailor Moon Crystal.

Via My Game News Flash

Olympic Stars Make up for Sailor Moon Prism on Ice