Both releases to have English and Japanese audio options 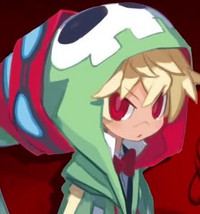 Following up on yesterday's release date for Danganronpa 2: Goodbye Despair, we have dates for two more NIS America titles, Compile Heart's Fairy Fencer F and Disgaea 4: A Promise Revisited. Both games will be $39.99 and include English and Japanese audio options.

Nippon Ichi Software's Disgaea 4: A Promise Revisited brings its enhancements and all the DLC from the PS3 version to PS Vita in North America on August 12. Here's NIS America's synopsis:

The original game had a cast and story that was widely praised as one of the best in the series, and this PlayStation®Vita version offers players a chance to relive that adventure on the go, and with brand-new content! Disgaea 4: A Promise Revisited comes packed with in-depth gameplay, everlasting value, and the great sense of humor you’ve come to love. The graphics engine truly brings Takehito Harada’s characters to life with fluid animations and high definition details. Create your own political party and take advantage of a slew of new battle and strategic features expanding upon the already staggering replay value. Grab your PS Vita and stop the Corrupternment’s evil doings with the power of…sardines?

Fairy Fencer F is set for a September 23 release on PlayStation 3. NIS America breaks it down like so:

Long ago, a dreadful war was fought between the Goddess and the Vile God. Because they were equally matched, they both created a vast number of special weapons imbued with their godly energy, each containing the life force of a fairy. Armed with these weapons, the deities continued their conflict until they finally sealed each other away into the great unknown. A long time has passed since this ancient conflict, and the weapons created by the Goddess and the Vile God have since been scattered across the world. These weapons—now known as “Furies”—are highly sought after by warriors who call themselves “Fencers”. It is said that whoever collects a Fury will be granted one wish. When a young man named Fang decides to rashly pull a Fury from a stone, he inadvertently becomes a Fencer himself, forever altering the course of his destiny