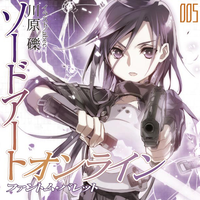 Sword Art Online II is scheduled to begin airing in Japan on July of this year. Aniplex has also confirmed plans of hosting Sword Art Online II Premiere Screening Events to be held in the U.S., France, Germany, Hong Kong, Taiwan, Korea and Japan. Details regarding streaming schedules and platforms as well as Premiere Screening Event info will be announced at a later date.