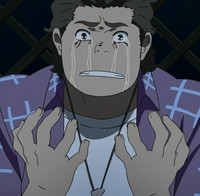 Tokyo Otaku Mode has published the results of a January poll in which Facebook followers from around the world were asked to name the anime that made them cry while watching. 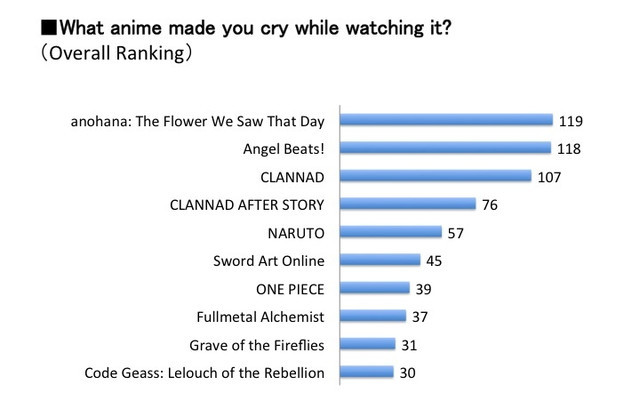 Broken down by gender, the big tearjerkers were: 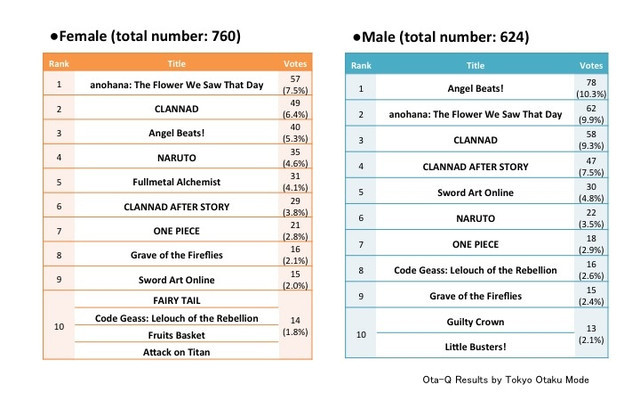 Votes came in from: 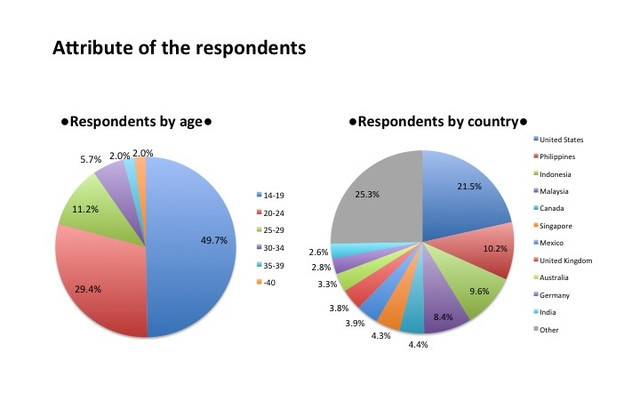 TOM notes that there were a few significant differences when breaking down the picks by age or country of origin.

"It seems that tearjerker anime are pretty common worldwide, regardless of age or gender! It’s deeply moving to think that people worldwide are shedding tears over the same anime."