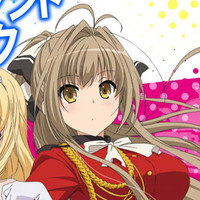 Following the launch of a site last month, the latest anime visual for Yasuhiro Takemoto and Kyoto animation's adaptation of Full Metal Panic author Shoji Gatoh's latest light novel series, Amagi Brilliant Park, has been accompanied by the news that the series, previously announced for 2014, has now been nailed down for a fall debut. 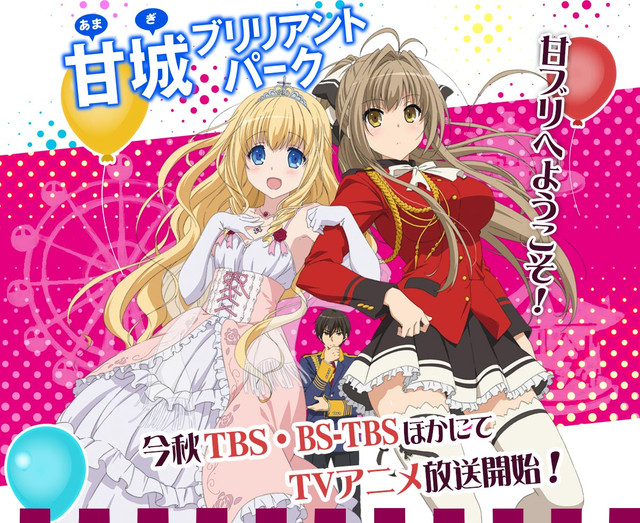 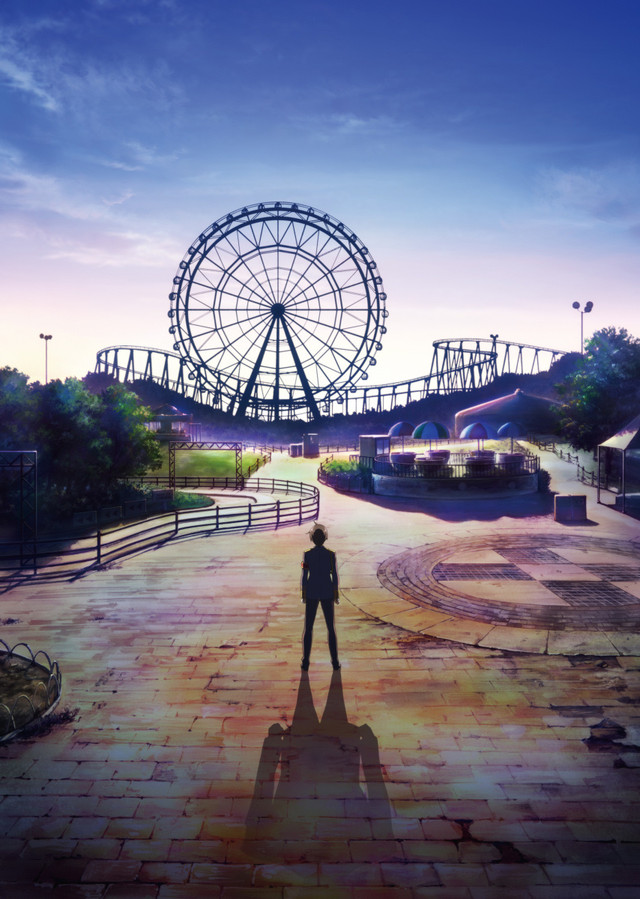 The first volume of the Amagi Brilliant Park light novel series, illustrated by Yuka Nakajima (Listen to Me, Girls. I Am Your Father!), was published from the Fujimi Fantasia Bunko label on February 20, 2013, two years and six months after the release of the final/12th volume of Gatoh's long-running series Full Metal Panic!. The second volume was published on August 20, 2013, and the third was on January 18, 2014.

The story centers around a high school student, Seiya Kanie. On a Sunday, a mysterious transfer student who carries a musket gun, Isuzu Sento, takes him to an old and deserted amusement park, Amagi Brilliant Park, in Amagi-city, which is located in the western part of Tokyo. He is told that if the park can't attract 100,000 visitors in the next two weeks, it will be closed immediately. For some reason, Seiya has to save the park as an acting manager. 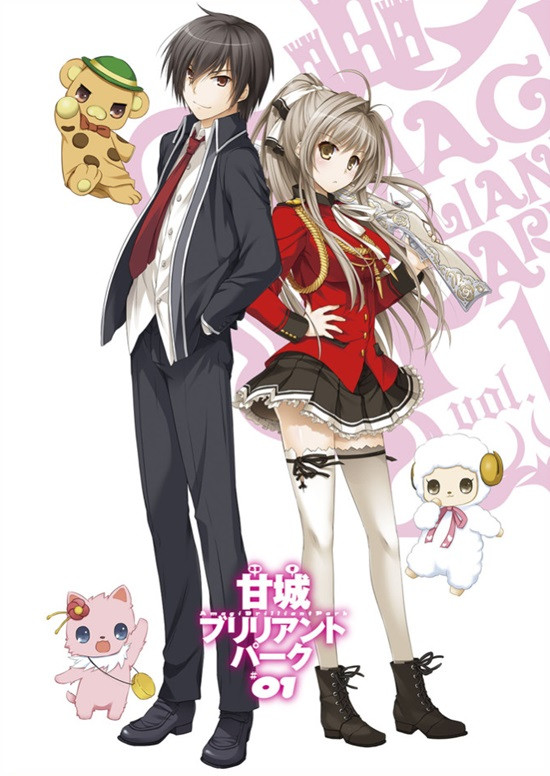 The illustration for the novel's 1st volume

The support video created by the illustrator of the novel, Yuka Nakajima: