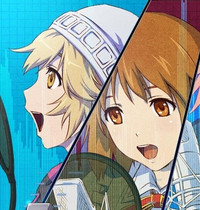 Bandai Namco Games' Casting Voice should pique the interest of anyone fascinated by the behind-the-scenes world of voice work. Players will be able to pick voice actors and scripts, and even plug in a USB microphone to record dialogue, for things ranging from fictional anime to Tales RPGs. You can see another preview in the recently released promo below.

Some of the actors previously announced for the game:

The casting fun kicks off on PlayStation 3 in Japan on June 19.