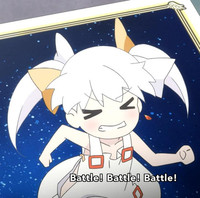 Speculation has it that the two seasons will be split rather than contiguous.