Plus the latter career of No. 17 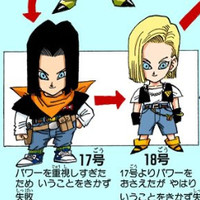 Dragon Ball creator Akira Toriyama has a couple Q&A's published in Japan today. There's a "Twel-Buu Mysteries" in Saikyō Jump, and there's bonus material in volumes 4-6 of the new color editions of the Cell arc. What's really grabbed the attention of Japanese fans is that he's revealed the names of Androids No. 17 and 18.

Toriyama also revealed that after the Cell arc No. 17 becomes a park ranger at a nature preserve. He's well suited to the work and shows no mercy to poachers! In this happy ending, he's well paid and married to a zoologist with two adopted children. 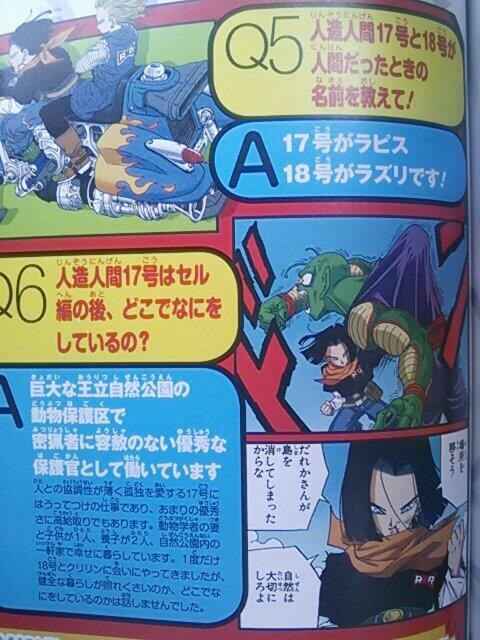