RPG sequel hits Japan in July, followed by the west later this year 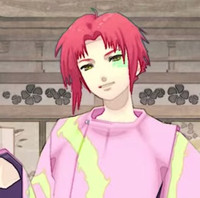 Last month Sony announced that Over My Dead Body 2 (Ore no Shikabane wo Koete Yuke) will be coming to the west this year as Oreshika: Tainted Bloodlines. The game drops players in an ancient Japanese clan cursed with a maximum lifespan of just two years. You'll be charged with leading the clan on their quest to lift the curse, enlisting the help of gods inspired by Japanese mythology on the way, making sure each new generation is more powerful than the last.

A Japanese trailer recently arrived to recap the setup:

Prior to its arrival in North America and Europe later this year, Oreshika: Tainted Bloodlines is set to hit PS Vita in Japan on July 17.