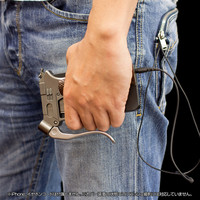 After months of previews Sentinel's Attack on Titan - Ultra-Hard Blade Shaped Cover Survey Corps ver. iPhone case is now on sale, available for preorder at 3,996 yen ahead of an August release.

Like their Metal Gear Solid V: Ground Zeroes' iDROID, there's an action gimmick, where the trigger will open a cover on the phone's camera. Compatible with the iPhone5/5S (but not 5C), the item measures about 14cm and features a metallic looking shiny paint. 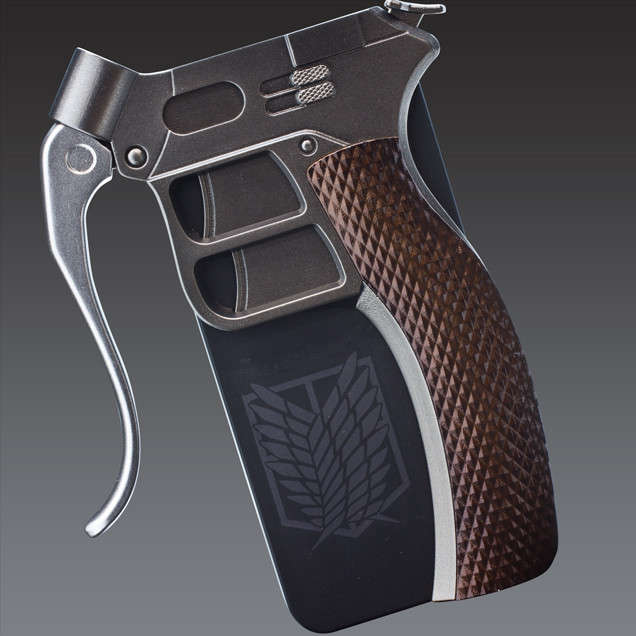 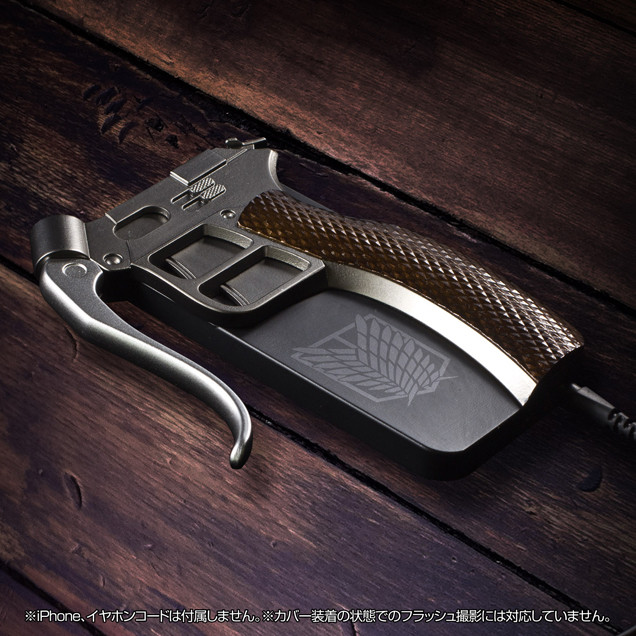 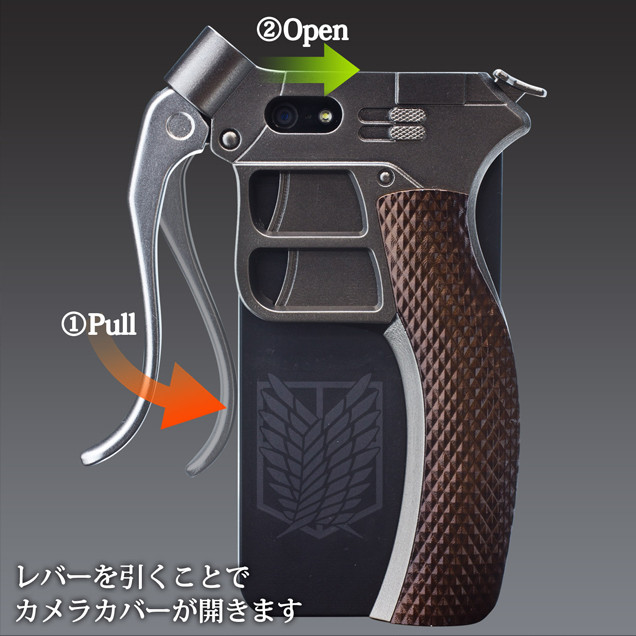 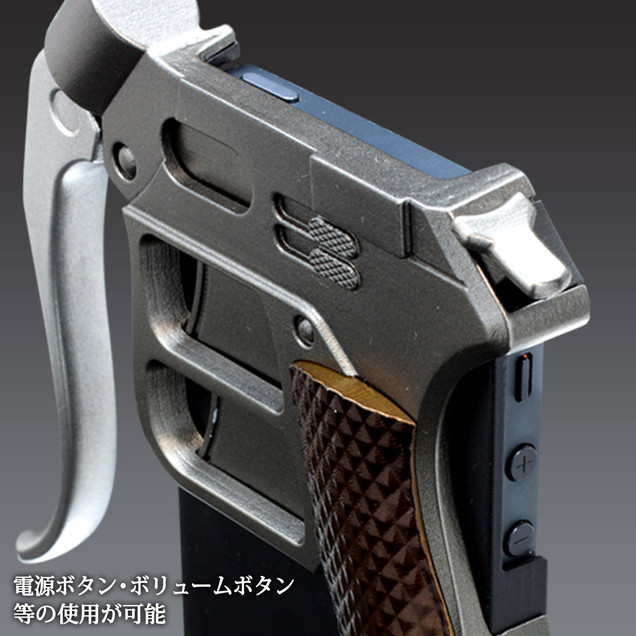 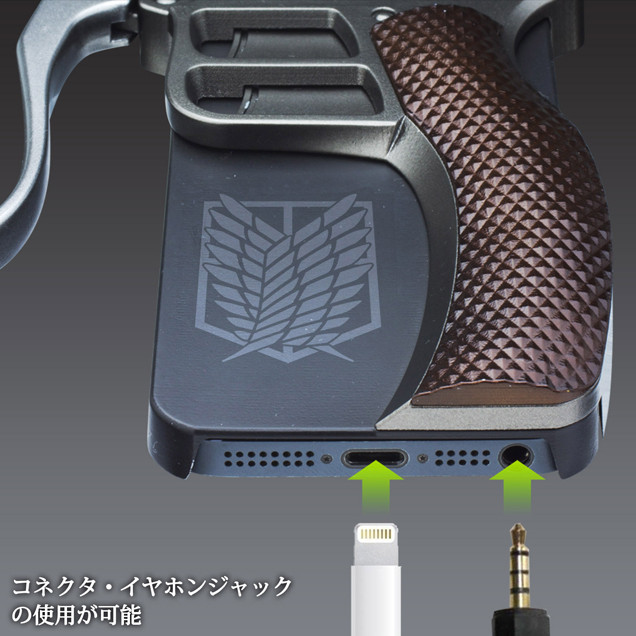 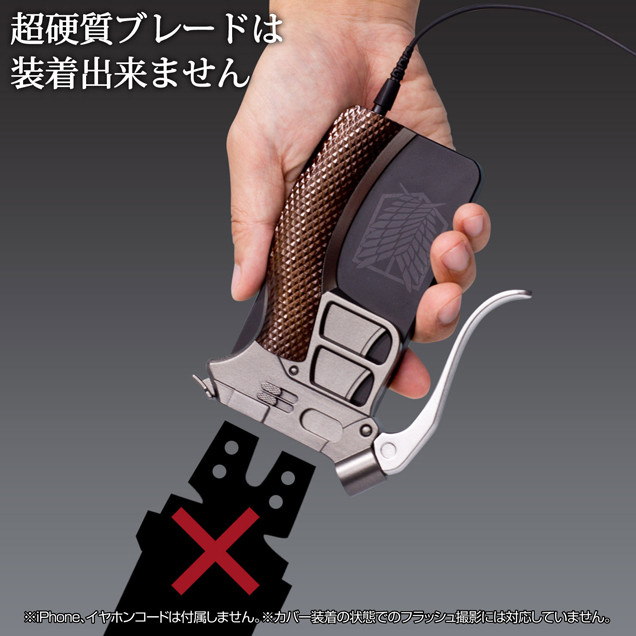 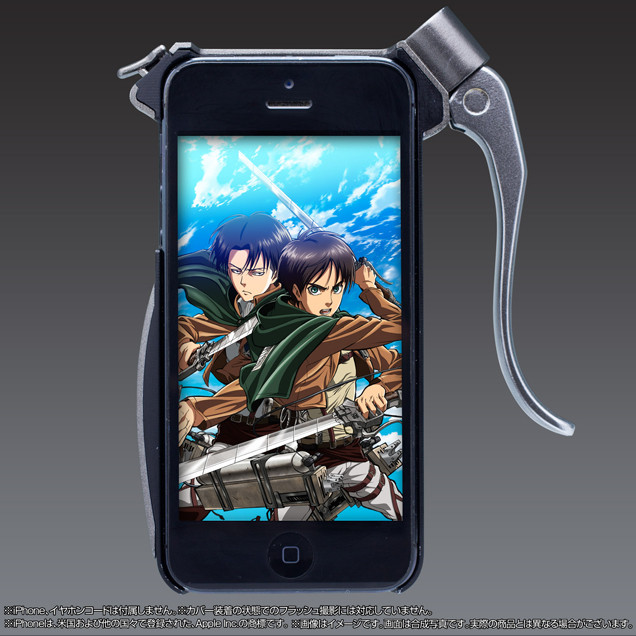 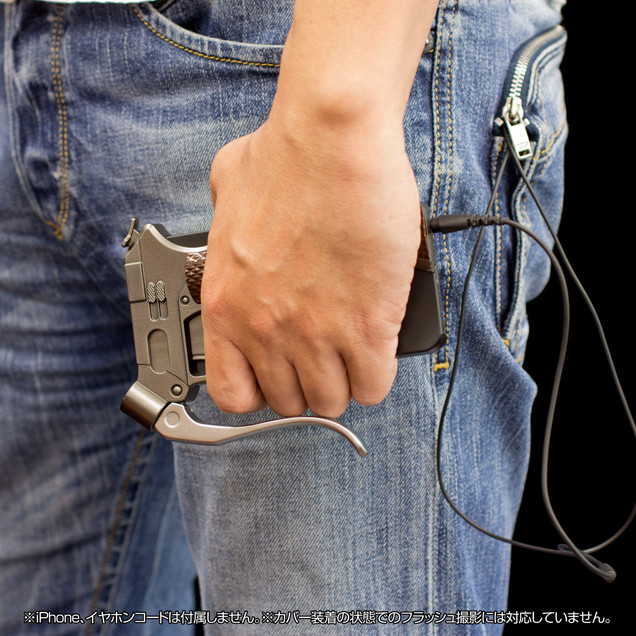 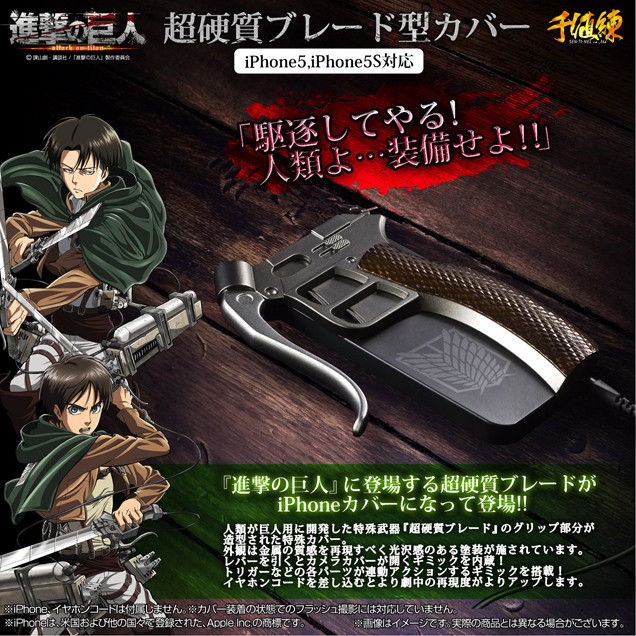