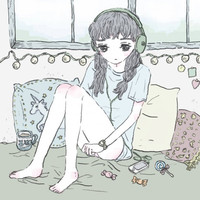 Universal Music Japan has posted a music video for a special remix of New Zealand singer-songwriter Lorde's Grammy Award winning "Royals" with Izumi Makura, a singer who recently worked with Yoko Kanno for the image song on Space Dandy's fifth episode (the one with Adélie, the popular KanaHana alien).

The 10 Most Unlucky Characters in All of Anime