The full TV series and more are on the way, new dub in the works 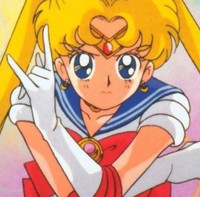 As announced at Anime Central, Viz Media locked down a whopper of a license with the addition of the classic Sailor Moon anime and the upcoming Sailor Moon Crystal. For the original anime this includes streaming, digital, and home video rights that cover all 200 episodes, tie-in specials, and three feature films.

Viz Media's release of classic Sailor Moon will come uncut—including the original Japanese names, stories, and relationships—in its original 4:3 aspect ratio, and a new uncut English dub is in the works, as well.

The English-subtitled version is aiming for a summer release, with the dub to start rolling out later this year. The first four TV anime episodes are set for a Monday premiere on Neon Alley and Hulu, with two additional episodes to premiere every Monday. Viz will also start releasing Sailor Moon in half-season DVD/Blu-ray combo sets starting this fall.

As for the new Sailor Moon Crystal anime, more details on its release will be divulged in the future. It was previously announced that Crystal will stream worldwide, with the series set to premiere online on July 5.

Fans can look forward to celebrating "Sailor Moon Day" at Anime Expo on that day, as well. Activities include Viz panels announcing the new dub cast and staff, and an attempt at the world's largest gathering of Sailor Moon cosplayers.