Volumes IX and X are set to release in Fall 2014 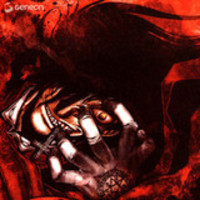 At this weekend's Anime Central convention, FUNimation announced that they have acquired the home video and digital rights to Hellsing Ultimate Volumes IX & X, the final parts of the OVA adaptation of Kohta Hirano's horror action manga. The volumes are set to release in Fall 2014.

The last episode is also noted for being produced and animated by the Graphinica and Kelmadick studios, both comprised of ex-Gonzo staffers that were left high and dry after the former mega studio and multimedia conglomerate imploded internally between 2008-2009, only to restructure as a much smaller entity after resolving its financial issues in 2010.

Coming this Fall, prepare yourself for the epic conclusion to one of anime’s most brutal and action-packed series of all time. All hell has broken loose, as The Major and his Millennium Organization wreck havoc on downtown London. With Alucard and Alexander battling it out to the death, only Seras and Integra can stop this mad man from laying waste to the rest of the world.