Unity3D version of Capcom's cancelled Prototype is in the works 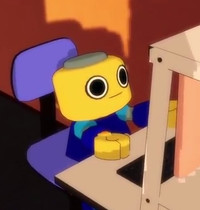 Fans are still sore from Capcom's premature cancellation of Mega Man Legends 3. Capcom enthusiasts have never been the type to sit idly by, however, and a group of fans in Japan are working hard to recreate Mega Man Legends 3: Prototype Version using Unity3D engine.

Team JisakuDASH3 is researching all available media—including screenshots and videos Capcom released—to recreate the prototype version as accurately as possible. You can see a Japanese trailer for the project below.

For those who either don't remember or are unaware, Capcom originally planned to release Mega Man Legends 3: Prototype Version on the 3DS eShop back in 2011. It would have featured 10 missions, with Barrett as a playable character, serving as a prologue to the main game.

Thanks to Capcom's defunct Devroom, the models of Barrett and Aero used in the fan project are official assets.