Single set to be released on June 18th 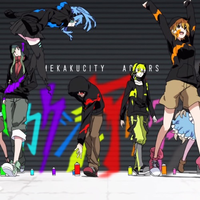 Ahead of the single's release of June 18th, Jin (Shizen no Teki-P) has posted the music video for Mekakucity Actors opening "daze."

The single for "daze" will be released in June by ultraCeep.

It will be available in: