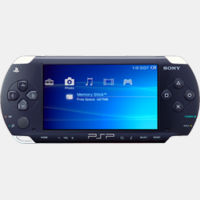 North American shipments of Sony's PlayStation Portable halted back in January, and now it's Japan's turn to bid farewell to one of its beloved handhelds. Sony announced that shipments to Japanese stores will officially end later this month, closing the curtains on a run that lasted nearly a decade.

PSP originally launched in Japan on December 12, 2004, so it was pretty close to a major anniversary. The portable shipped somewhere in the neighbor of 80 million units worldwide, and its library contains some real gems.

Sony told the Associated Press that PSP will continue in Europe until later this year, and according to The Verge there are no plans to discontinue it in Latin America and other Asian countries at this time.