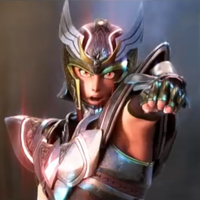 The story of the film is based on the "Sanctuary Arc" in Masami Kurumada's original manga, which mainly focuses on the battle between the Bronze Saint protagonists and the Gold Saints, the most powerful Knights in Athena's army, through the 12 temples to save Athena who was shot with a golden arrow. It is directed by Keiichi Sato (Tiger & Bunny, Asura) and written by Tomohiro Suzuki (Tiger & Bunny), with the original manga creator Kurumada as the executive producer. The CG reboot film 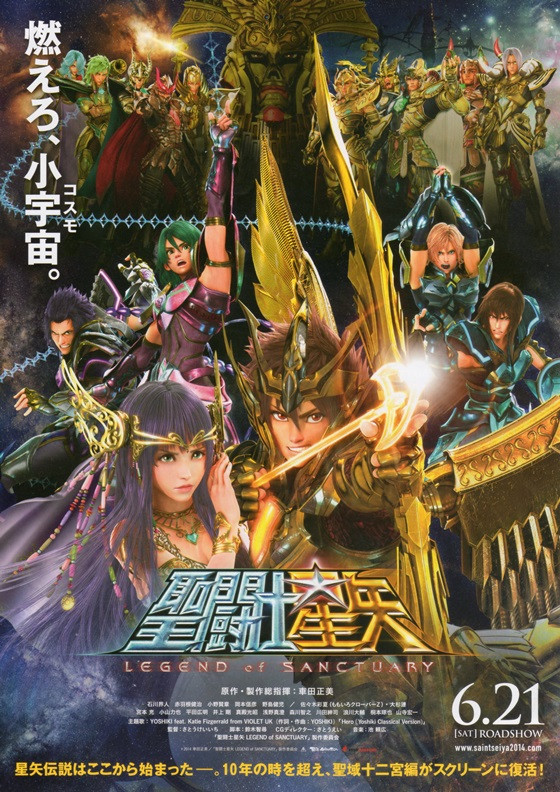 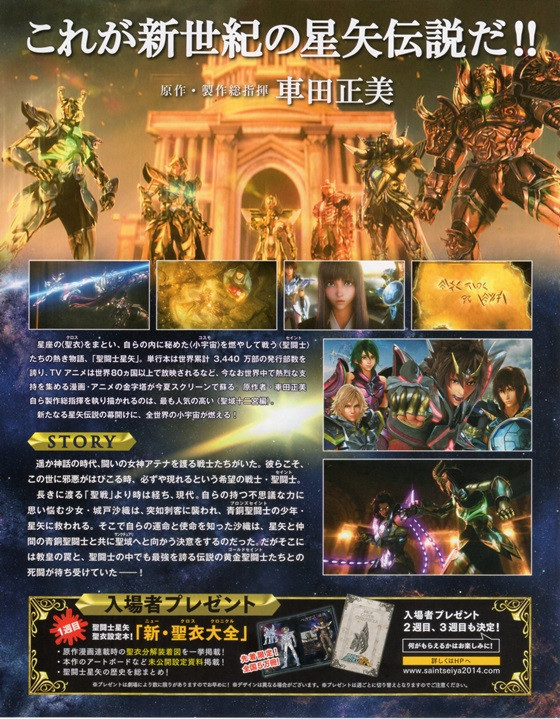