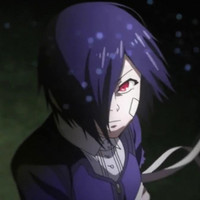 FUNimation Entertainment has announced that it has acquired the simulcast and home video rights to the complete anime series, Tokyo Ghoul, as well as the live-action Street Fighter: Assassin’s Fist.

Tokyo Ghoul is based on the manga series by Sui Ishida from Studio Pierrot – the studio that brought you Bleach and Yu Yu Hakusho – the series is directed by Shuhei Morita who received an Oscar-nomination at the 86th Academy Awards for his short film, Possessions.

The title will simulcast in July on FUNimation.com.

In modern day Tokyo, society lives in fear of Ghouls: mysterious creatures that look exactly like humans, yet hunger insatiably for their flesh. None of this matters to Ken Kaneki, a bookish and ordinary young man, until a dark and violent encounter turns him into the first ever Ghoul-human half-breed. Trapped between two worlds, Ken must survive the violent conflicts of warring Ghoul factions while attempting to learn more about Ghoul society, his newfound powers, and the fine line between man and monster.

FUNimation Entertainment will be releasing Street Fighter: Assassin’s Fist as a 143 minute, feature-length film – which will contain 13 minutes of exclusive bonus footage not seen in the web series. Fans can also look forward to receiving loads of extra features; including behind-the-scenes clips, interviews with the cast and crew, deleted scenes, and much more.

Street Fighter: Assassin’s Fist is slated to hit retail in Fall 2014. If you haven’t checked the series out yet, head on over to Machinima’s YouTube page: