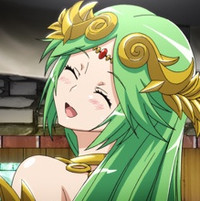 Nintendo had a handful of cool announcements during its E3 presentation, and spent a decent amount of time talking Mii Fighters for Super Smash Bros. Those aren't the only new contenders coming to the fighter, though, as Nintendo closed by announcing a playable Palutena from Kid Icarus.

An anime clip showing Pit fighting Link was shown prior to the reveal, followed by some gameplay showing Palutena in action. She'll be joining in on the fun when Super Smash Bros. hits Nintendo 3DS this summer, followed by Wii U this winter.