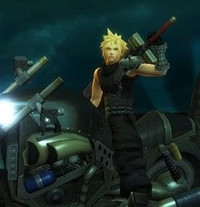 Final Fantasy VII G-Bike has Square Enix partnering with Naruto and Asura's Wrath developer CyberConnect2 for a smartphone spin on the FFVII minigame. According to Square Enix's Yoshinori Kitase, director of the fan-favorite RPG, its success could lead to more Final Fantasy VII games in the future.

Kotaku translated portions of a recent Famitsu magazine interview with Kitase, who said that CyberConnect2 was always Tetsuya Nomura's first choice for a project that would require outsourcing. Since Square Enix is an RPG-focused company, a studio like CyberConnect2 would be ideal for more action-oriented fare.

When it comes to the future of Final Fantasy VII, Kitase said, "Well, FFVII has many spin-off pieces and for the fans, its image has spread rather diversely, so I feel that G-Bike will set the standard of if we were to make a new VII related piece now. If more is to come, this is the starting point, so both myself and Nomura are closely observing its quality."

And as for the possibility of the remake fans want so badly, Kitase said after G-Bike paves the path, they might think about it. "In terms of the quality level and consumer response, it may all depend on [G-Bike]. We're looking forward to the results."

Be sure to head to Kotaku for the full excerpts. Hopefully this will build up to something more so fans can finally stop clamoring for the phantom FFVII remake. Of course, everyone should keep their expectations well in check, and for now we can at least look out for Final Fantasy VII G-Bike this fall on iOS and Android.