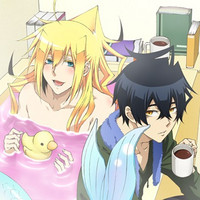 The official site for the upcoming TV anime adaptation of Itokichi's comedy four-panel manga Orenchi no Furo Jijo (The bath situation in my house) has been updated with a new key visual featuring the protagonist Tatsumi with Wakasa, a blonde hair merman.

The manga has been serialized in Media Factory's Monthly Comic Gene since its July 2011 issue and currently four tankobon volumes are available in Japan. The story centers on a high school student boy Tatsumi who lives by himself. One day he saves a blond hair merman named Wakasa in a river. The merman likes the bathtub of Tatsumi's house instantly, then decides to live in there. 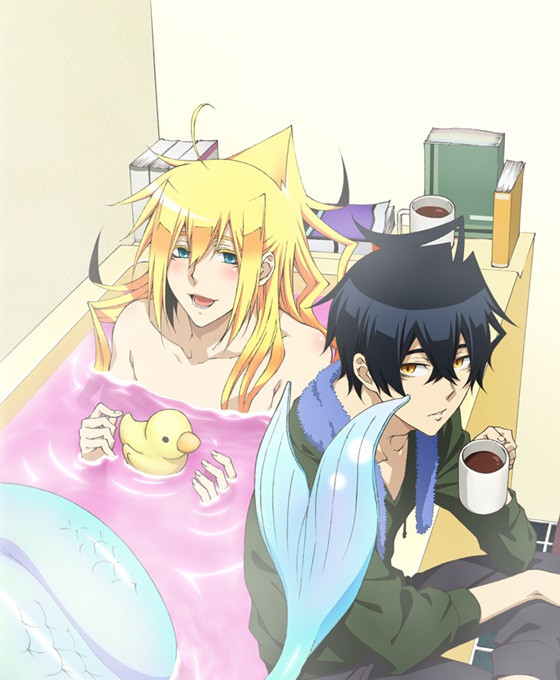 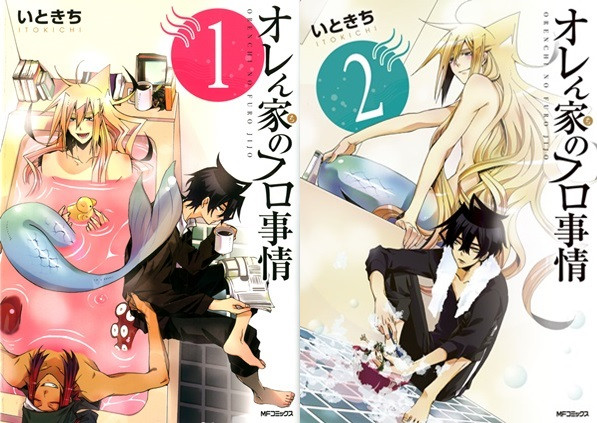 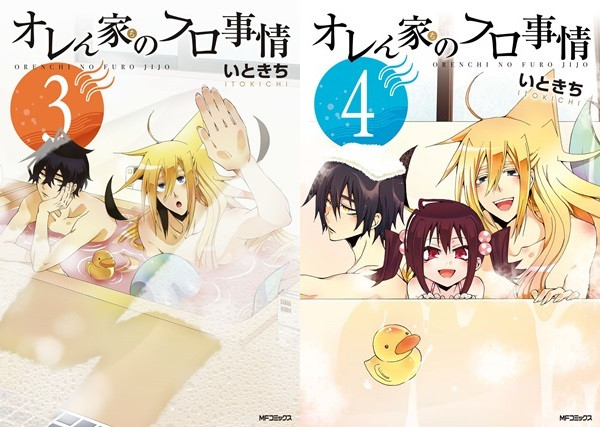