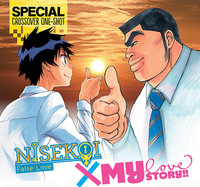 Ready to be introduced to a bit of shoujo in your Shonen Jump? With One Piece on hiatus, Viz's English Shonen Jump has included a a preview chapter of Kazune Kawahara and Aruko's Manga Taisho Award-nominated and Kodansha Manga Award-winning shojo My Love Story, along with its "Boys Side" Nisekoi crossover from the Japanese edition of the magazine.

There was also a "Girls' Side" crossover from Bessatsu Margaret last September. 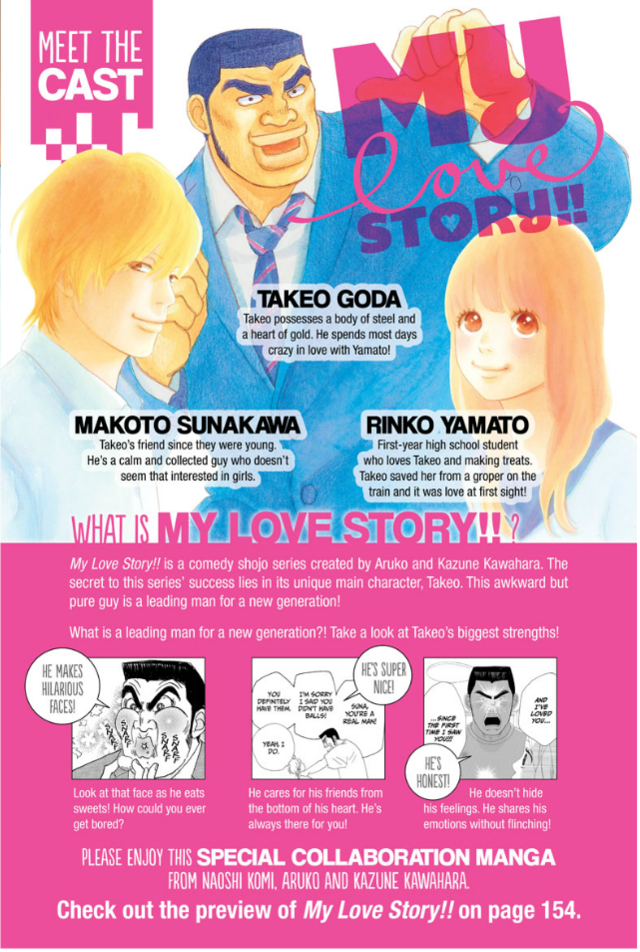 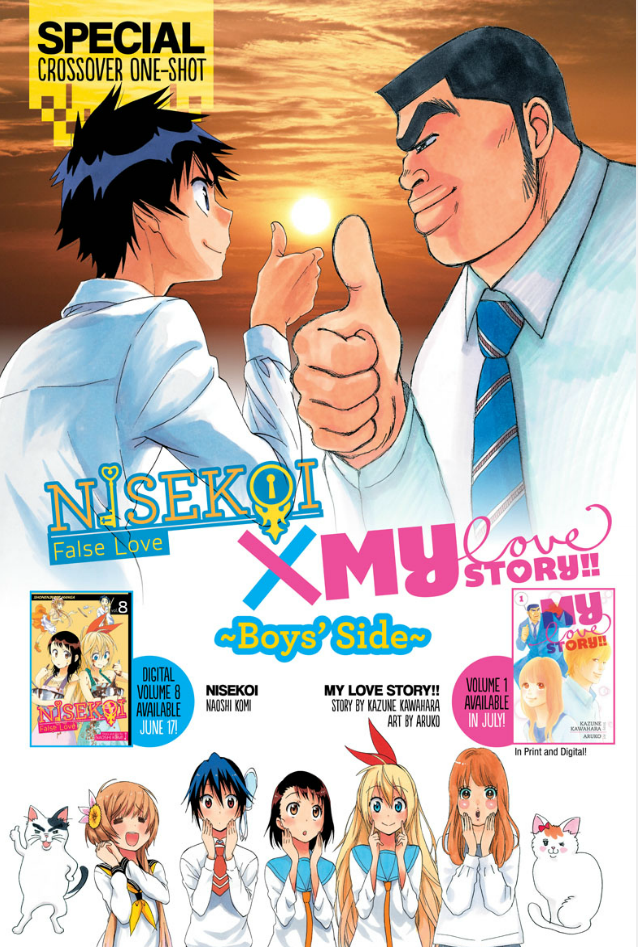