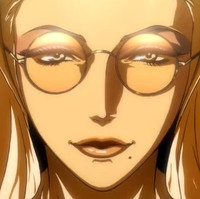 FUNimation announced the acquisition of the Bayonetta: Bloody Fate anime film, based on the hair-fisted, gun-blasting action game from Platinum Games and director Hideki Kamiya (Devil May Cry, Okami). The anime's director, Fuminori Kizaki, will be appearing at this year's Anime Expo as a guest of honor, and will present a sneak peek of the English dub.

Kizaki—who previously helmed Afro Samurai, Basilisk, and X-Men, among others—will be following it up with a special Q&A session on Saturday, July 5, at 8:15pm in Video 1. Gonzo's take on Bayonetta "expands and further faithfully captures the extreme action and sexiness of the original, crafting a storyline that expands and further establishes the world of the sexy, shape shifting witch, Bayonetta."

More info to come on the film and its cast over at FUNimation's official Bayonetta: Bloody Fate Facebook page.