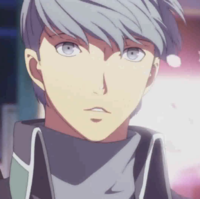 Aniplex of America, Inc. announced on their “Aniplex Live Show,” their acquisition of the mecha series Gen Urobuchi (Madoka Magica, Fate/Zero) and Directed by Ei Aoki (Fate/Zero) ALDNOAH.ZERO and Persona4 the Golden ANIMATION for this summer’s streaming line-up. These two series will be joining Aniplex’s other summer titles including Sword Art Online II, and The irregular at magic high school, continuing from last season, starting this July. These series will be simulcast online on Aniplex Channel, Hulu, Crunchyroll and DAISUKI.

Details of streaming schedules for each title will be announced at a later date. Aniplex has also launched the official U.S. homepages of these two new titles at www.Aldnoahzerousa.com and www.P4GAUSA.com respectively.