Accepting would mean that Miyazaki could vote for the Academy Awards 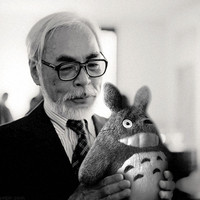 The U.S. Academy of Motion Picture Arts and Sciences has invited 271 artists and executives, including animator Hayao Miyazaki and producer/Studio Ghibli co-founder Toshio Suzuki, to join the organization.

Accepting would mean that Miyazaki could vote for the Academy Awards.

The five were nominated by EMP members, with final inductees chosen by a panel of award-winning authors, artists, editors, publishers, and film professionals

via Japan Times and Geek Wire