Details on 20th anniversary project will be announced later 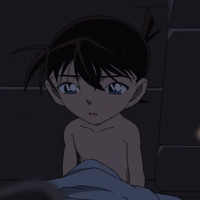 Celebrating the 20th anniversary of Detective Conan, a two hour The Disappearance of Conan Edogawa: The Worst Two Days in History, involving a case from the de-age sleuth's past, will be airing this year. Cast and dates are will be announced later, but animation director Yasuichiro Yamamoto is confirmed as continuing his Conan work, helming this project.