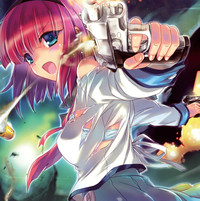 While fans are still waiting for the Key visual novel, the war between the Afterlife Battlefront and shadows has come to Japanese smartphone. Launched in Japan for iOS and Android on June 30th, Angel Beats！ -Operation Wars- takes the characters and scenario from the 2010 anime and adapts them for a Mobage social puzzle game.

After obtaining cards of various rarity, players will be able to customize the characters and their equipment. 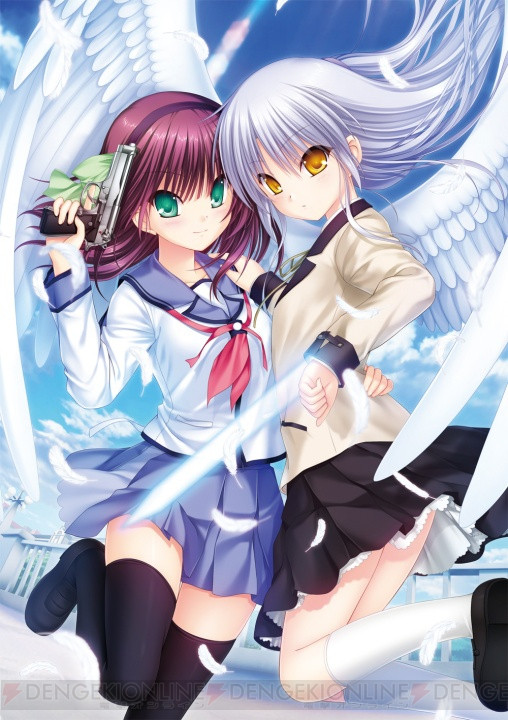 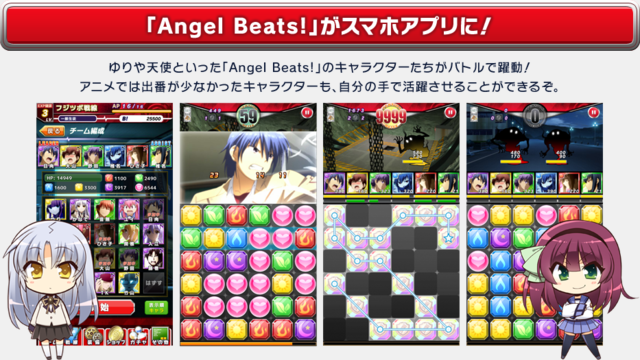 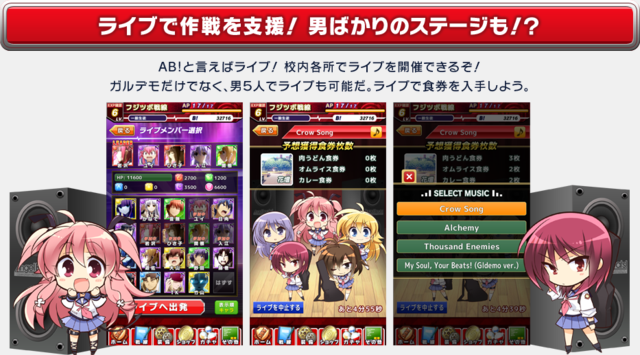 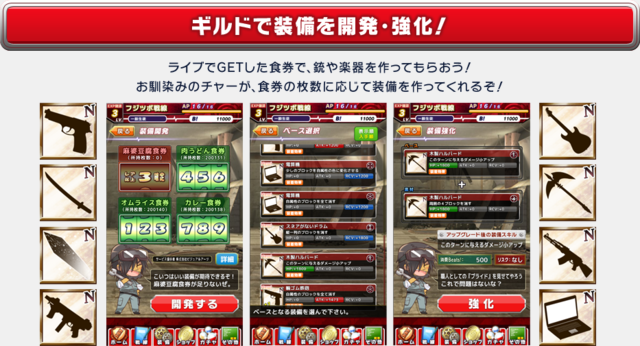